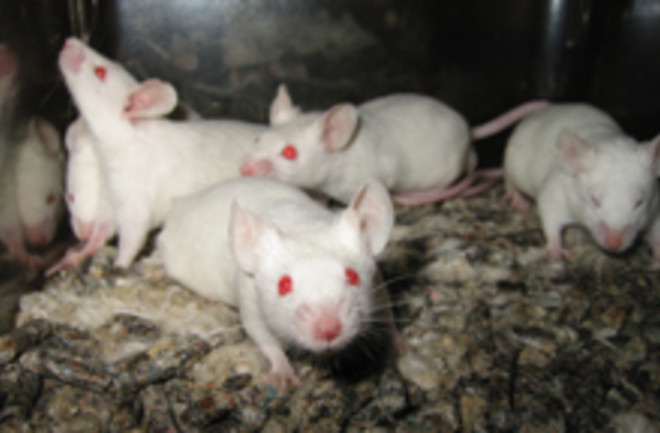 It feels good to win. And it feels even better to win at home.

For a new study in the Proceedings of the National Academy of Sciences, Matthew Fuxjager and his colleagues investigated the winner effect, wherein animals (and perhaps humans) build up testosterone in advance of a confrontation, and the fight's winner maintains that elevated level. By studying male mice fighting one another, Fuxjager was able to see what happens in the brains of winners. Not only did victorious mice experience the "winner effect," but those who won at home—in their own cages—saw the most activity, and wanted to keep on fighting.

To get these results, Fuxjager's team essentially created a tournament of mouse fights.

One challenge they faced was ensuring the right mice won the right fights. They got around this by borrowing a trick from seedy boxing promoters the world over, pairing the favored mouse with a weaker, less sexually experienced opponent who could not hope to spring an upset. Once a mouse had notched three consecutive victories, they studied its brains for any chemical changes [io9].

In the brains of winning mice, they saw an uptick in the hormonal expression in regions that govern aggression. And in the brains of mice who won at "home," they saw something else.

While the winner effect might help mice defend their territory in the wild, it's not always good—especially when it comes to humans. When DISCOVER spoke to John Coates about the neuroscience of the financial collapse, he suggested that the effect

could have something to do with the high-risk behavior of Wall Street traders. Once testosterone levels reach the point where performance peaks, any continued increase starts to override our judgment—and those sub-prime mortgage bundles begin to look more and more tempting. Related Content: DISCOVER: Could "Hormonal Diversity" Help Prevent Another Meltdown?

80beats: Does Testosterone Cause Greedy Behavior? Or Do We Just Think It Does?