Over the past few weeks, the stories of three high-profile scientists accused of bullying have emerged: geneticist Nazneen Rahman, psychologist Tania Singer and astrophysicist Guinevere Kauffmann. 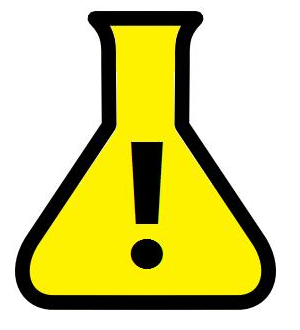 Each of these researchers are (or were) at the top of their fields, recipients of huge amounts of funding. They are accused of abuses of power, bullying and abuse of their subordinates and creating a climate of fear in their institutions.

It would be easy to look to the personal characteristics of these three scientists to understand what’s going on. For instance, all three are women, and two (Singer and Kauffmann) are directors of Max Planck Institutes (MPIs), highly prestigious research organizations which offer directors a greater degree of independence compared to a traditional university post.

However, in this post, I’m going to suggest that to understand how cases such as these come about, we might need to look to the nature of academic science as a whole. While stories involving mega-scientists and MPI directors are the ones that make the headlines, the problem goes deeper. I’ve seen it myself and heard plenty of stories.

I don’t have all of the answers by any means, but here are some thoughts on three factors that, in my opinion, can create conditions favorable for bullying in science.

Idealism. Most people working in science are highly motivated to be there, and not for financial reasons. They want to work in science because they love science or at least because they believe in what they’re doing. This idealism is, of course, in many ways a good thing. However, I suspect that it can make scientists, who are victims of abuse, less likely to protest.

If you truly believe in the work that you are doing, guided by your supervisor/boss/director, you are more likely to overlook their personal faults. Related to this is the romantic image of the ‘genius scientist’ as an unworldly and socially inaccessible figure which, again I think, operates to make people more forgiving of behaviour that in a normal employer-employee relationship wouldn’t be acceptable.

Promotion. I have often heard it said that senior scientists tend to lack management skills because “they’re not promoted  for their management ability”. In other words, the problem supposedly is that we promote brilliant scientists, not brilliant managers, to management positions in science. I think this account is rather simplistic, though.

To become a senior scientist you do need management skills. At every level, scientists are judged on their scientific output but past the middle of your career, your scientific output is largely produced by your subordinates – PhD students and postdocs. Mid-career scientists, no matter how brilliant, also need to manage.

In my view the real problem with the promotion system is that when scientists reach mid-career, they suddenly have to manage people, something they have never done and never really been trained to do (brief training courses notwithstanding). At the same time as learning to manage, these mid-career researchers also have to produce ever more papers. In many cases, I think these new manager/scientists fall back on the only thing they know – hard work, which is what got them to this point. The danger is that ‘hard work’ becomes the entirety of their management philosophy.

Prestige. In science, the senior figures have a lot of authority over their subordinates (especially at MPIs). But these senior figures also have enormous prestige – they are widely felt to deserve their authority, on account of their brilliant accomplishments. In other words, they have both ‘hard power’ and ‘soft power’. This makes them powerful indeed and makes blowing the whistle on them doubly daunting.

There is also a belief – how true, I’m not sure – that only a small proportion of scientists are cut out for senior positions. Those that do well, primarily in terms of bringing in grant money, are given great freedom (by universities especially) because there is a sense that such superstars would be hard to replace.