As you might have noticed, I blog (and tweet and comment) under a pseudonym. Recently, I defended the use of pseudonymity and anonymity in science in a paper published in a peer-reviewed journal - published under my pseudonym. So I was, at first, alarmed to see that Italian physicist Lorenzo Iorio has just published a Letter on A New Type of Misconduct in the Field of the Physical Sciences: The Case of the Pseudonyms Used by I. Ciufolini..."He's saying that scientists using pseudonyms is a form of misconduct!" I thought to myself. 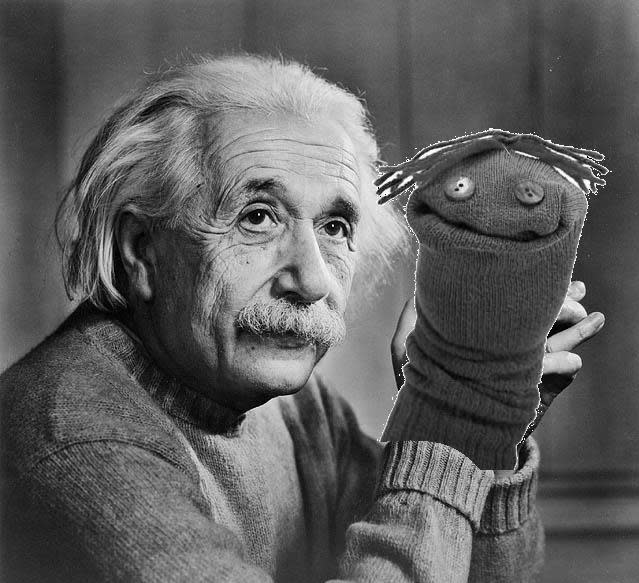 It turns out that the story is rather more complicated - and very bizarre. The background here is that many astrophysicists are trying to measure the gravitomagnetic frame-dragging effect, one of the most interesting predictions of Einstein's general theory of relativity. The predicted effect is tiny, so it's very difficult to measure. One experiment that has tried to detect this effect is called Laser Geodynamics Satellites (LAGEOS). According to the new piece, the leader of LAGEOS, Italian physicist Ignazio Ciufolini, published two manuscripts, each criticizing one of the rivals to LAGEOS. These rivals were other projects that tried (and seemingly succeeded) in measuring frame-dragging. Ciufolini didn't sign these critiques with his own name, however. He used two different pseudonyms: "G. Felici" and "G. Forst". "Felici" and "Forst" each used a Yahoo email address (i.e. not an academic one), and each listed as a contact address an institution that does not in fact exist. "Felici" and "Forst" published their criticisms in 2007. Last year (i.e. six years later), the moderators of the arXiv site, where the manuscripts had been posted, outed Ciufolini as the true author of both, dubbing him "a physicist based in Italy who is unwilling to submit articles under his own name" and who "repeatedly submits inappropriate articles under pseudonyms, in violation of arXiv policies." (For more on this saga, see this blog.) In my view, this is misconduct,

however because Ciufolini wrote under pseudonyms, but because he went further and used sockpuppets. A sockpuppet is a pseudonymous identity that lies about its own identity, most commonly by pretending to be the real identity of a non-existent person. The problem, then, was that Ciufolini's pseudonyms did not appear to be pseudonyms. Had Ciufolini posted his articles under a blatant pseudonym, like, er, say, "GravitomagnetoSkeptic", he would not have done anything wrong. Readers would have been able to decide how much credence to give to someone who writes as "GravitomagnetoSkeptic". Readers could also have judged for themselves the probability that "GravitomagnetoSkeptic" was in fact Ciufolini. Instead, by means of using sockpuppets, Ciufolini deceived readers about the authorship of the papers, claiming that they were written by unrelated third-parties, when in fact he wrote them. Had he merely used a blatant pseudonym, he would not have lied - he would just have chosen not to claim authorship. So, in my view, Iorio's interesting Letter would have been better titled: "A new type of misconduct in the field of the physical sciences: The case of the sockpuppets used by I. Ciufolini..."

Iorio, L. (2014). A new type of misconduct in the field of the physical sciences: The case of the pseudonyms used by I. Ciufolini to anonymously criticize other people's works on arXiv Journal of the Association for Information Science and Technology DOI: 10.1002/asi.23238

Can Crystals Cure You? Belief in the Power of Healing Stones Is Almost as Old as Time

MindCan Crystals Cure You? Belief in the Power of Healing Stones Is Almost as Old as Time