When people — including players — are awake when their bodies want to be asleep, it's hard to cope. 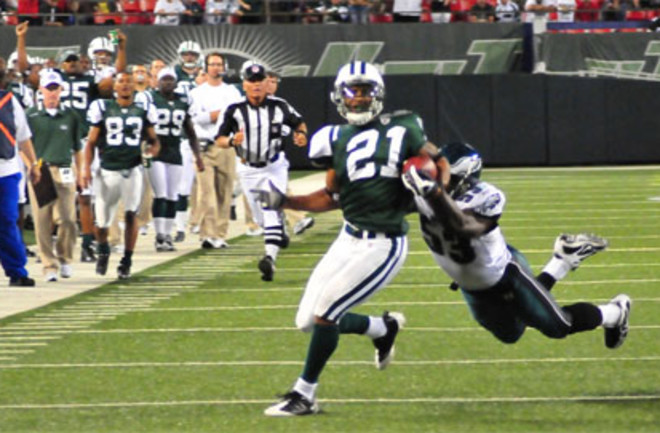 The first ever Monday Night Football game kicked off in September 21, 1970, launching the NFL into prime time American TV. But it’s also a night that Hall of Fame New York Jets quarterback Joe Namath would probably rather forget. The legendary passer threw three interceptions that night in Cleveland against the Browns in a game that was plagued by “blunders, a record number of penalties, (and) shocking lapses” from the defense.

Namath can now take solace knowing that science has now shown biology was working against him through disruptions to his circadian rhythm. Every living thing on Earth evolved with a 24-hour day-night cycle, and it governs mental, physical and behavioral changes throughout the day. When that cycle gets disrupted, our body struggles to cope. That's why the American Medical Association has warned about things like working the night shift, or exposure to too much light at night.

Going back as far as the ’70s, people have noticed that western NFL teams win more night games. A study in 2013 looked back decades at hundreds of games and showed that West Coast teams went 70-36 in night games, whereas they recorded a much more average 143-150 win record in daytime games.

Now researchers have taken these findings a step further, examining the 32 games from the 2013 season in search of clues to why these circadian advantages exist. The study was published earlier this month in the journal Sleep. The authors found that winning teams had fewer turnovers during games starting at either 8 p.m. or 9 p.m. Eastern Time. The scientists said that's because of an increase in alertness. And then they compared these with afternoon games that started at either 1 p.m. or 4 p.m. Eastern Time, where they said players experienced a decrease in “circadian rhythm-regulated alertness.” The teams that won night games had fewer turnovers than teams who won afternoon games.

Allison Brager is lead author on the paper and an Army scientist stationed at the Walter Reed Army Institute of Research, where she studies the links between sleep and performance for the military. Based on past research into circadian rhythms and how they change performance, Brager says she expected these circadian cycles could help explain why some NFL teams win more games at night.

But she was surprised at the reasons why. Mental errors and injuries had a much larger influence on night games than afternoon games. "We grossly underestimated the impact that circadian rhythms have on risk for injury in athletes," she said in a media release. She calls the influence “significant” and even thinks athlete’s stats should incorporate countermeasures to better reflect circadian influences on game play.