Schizophrenia in a Dish? Skin Cells Reprogrammed as Neurons Model the Disease

What's the News: Researchers have grown neurons from the cells of people with schizophrenia, in a study published online yesterday in Nature, the first time a complex mental illness has been modeled with living cells in a lab. This approach provides a new way to probe the little-understood biological processes underlying the disease and to test potential drug treatments. In preliminary experiments, the researchers found that the neurons weren't as interconnected as healthy neurons are, and that individual patients' neurons differ in their reaction to various drugs used to treat schizophrenia. How the Heck: 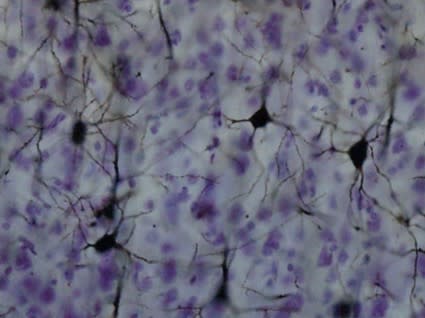