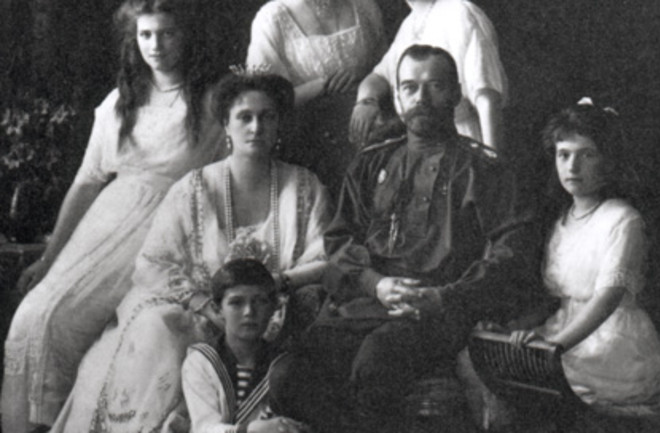 I’ve been fascinated by the Romanovsfor decades hoping that perhaps, just perhaps… Anastasia had somehow escaped. Unfortunately, new research published in PLoS ONE finally provides grim evidence of what happened to the family’s youngest children in 1918:

One of the greatest mysteries for most of the twentieth century was the fate of the Romanov family, the last Russian monarchy. Following the abdication of Tsar NicholasII, he and his wife, Alexandra, and their five children were eventually exiled to the city of Yekaterinburg. The family, along with four loyal members of their staff, was held captive by members of the Ural Soviet. According to historical reports, in the early morning hours of July 17, 1918 the entire family along with four loyal members of their staff was executed by a firing squad. After a failed attempt to dispose of the remains in an abandoned mine shaft, the bodies were transported to an open field only a few kilometers from the mine shaft. Nine members of the group were buried in one mass grave while two of the children were buried in a separate grave. With the official discovery of the larger mass grave in 1991, and subsequent DNA testing to confirm the identities of the Tsar, the Tsarina, and three of their daughters – doubt persisted that these remains were in fact those of the Romanov family. In the summer of 2007, a group of amateur archeologists discovered a collection of remains from the second grave approximately 70 meters from the larger grave. We report forensic DNA testing on the remains discovered in 2007 using mitochondrial DNA (mtDNA), autosomal STR, and Y- STR testing. Combined with additional DNA testing of material from the 1991 grave, we have virtually irrefutable evidence that the two individuals recovered from the 2007 grave are the two missing children of the Romanov family: the Tsarevich Alexei and one of his sisters.