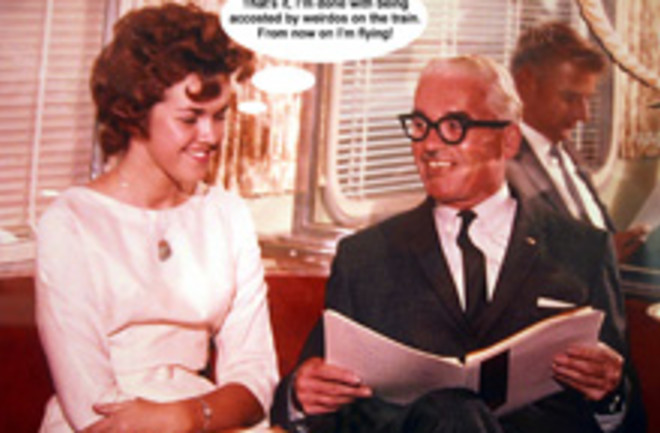 Researchers have previously managed to achieve a limited degree of mind-reading by using electroencephalograms and infrared sensors—in addition to familiar dubious psychic methods—so it was probably inevitable that they would accomplish a similar trick with functional magnetic resonance imaging, or fMRI, the brain-scanner of choice in modern neuroscience. Researchers at Vanderbilt University have shown they can use fMRI to determine which of two images people are thinking about. Six subjects were given different patterns to look at—one with horizontal stripes, the other with vertical ones. An fMRI scanner was used throughout the experiment to monitor brain activity in four different early visual areas—the first areas of the brain to receive and process visual signals, which were previously thought to have no role in higher cognitions.... Researchers knew that early visual areas could process in fine detail visual signals from the eye, but thought these areas could not retain information [CBC News]. After the images were removed from view, the subjects were instructed to think back to one in particular. The scientists were then able to tell, with 80 percent accuracy, which the subjects were thinking of. The research, published in Nature, made a key change to the technique used in previous fMRI studies that were not successful at detecting thoughts: Rather than simply measuring the overall level of activity [in the early visual areas], the [sophisticated analytical tool called a] pattern classifier could probe for patterns in how that activity was distributed [Technology Review]. When the images were removed from view, overall activity in early visual areas in most subjects declined. But when they looked for specific activity patterns, they were able to decode information previously hidden in those areas. Previous studies using fMRI have shown that it's possible to determine which of a number of pictures a person is looking at. But the new study is unique in that it is not decoding sensory information in the brain, but memory [Technology Review]. While the study does not unlock the secrets of mind-reading or thought prediction, it does allow scientists to determine which parts of the brain are involved in short-term visual memory [Telegraph]. Related Content: 80beats: Mind-Reading Machine Puts Woman in Jail for Murder 80beats: Mind-Reading Infrared Device Knows If You Want a Milkshake 80beats: Brain Scans Could Diagnose Obsessive-Compulsive Disorder