Researchers “Copy and Paste” Fear From One Memory to Another 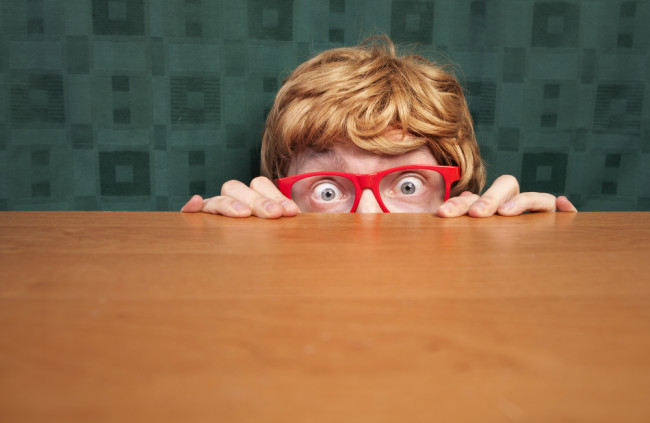 We tend to think of our memories as dependable guides to the past — but the truth is, many studies have found that our memories change over time. Our brains constantly edit our memories to rearrange events and change dialogue; and our emotional memories of events are often colored by the way we feel about those events today. Now, researchers studying mice have discovered that memories can be broken down into component parts — the emotional part separated from the factual part — and that the emotions associated with a memory can be transferred to a totally different memory.

MIT neuroscientist Roger Redondo and his team started by gathering a sample group of genetically engineered mice. The mice’s brains were engineered so that, if an antibiotic known as doxycycline was removed from their diet, certain neurons in their brains would express a protein called channelrhodopsin-2 (ChR2) which triggers neural activity in response to blue light. This system enabled the team to use doxycycline as a sort of “record/pause” button for neural activity in the animals’ brains. The investigators could remove the antibiotic from the mice’s diet, give the animals certain kinds of conditioning, then start giving them doxycycline again; thus creating light-sensitive groups of neurons that had activated during specific time periods and tasks.

The researchers began their experiments by removing doxycycline from their mice’s diet — pushing the “record” button — and giving the animals either fear conditioning in the form of a mild electric shock, or reward conditioning in the form of playtime with a female mouse. The expression of ChR2 gave light-sensitivity to neurons that had activated during these activities: in a brain region called the hippocampus for place memories, and in an area called the amygdala for fear memories. After this conditioning phase, the researchers hit “pause” on the recording of neural activity, which ensured that only memories formed during the conditioning period could be reactivated by blue light. The team then placed the mice in an enclosure where they could wander around, and triggered their light-sensitive neurons with blue light as they walked through certain areas. As you might expect, fear-conditioned mice ran away from the area when their memories were activated, while reward-conditioned mice spent more time in those areas when their happy memories were reactivated. That much had been done before. But Redondo and his team decided to take things one step further, and find out if it was possible to link the mice’s existing memories of fear and reward with completely new and different experiences. So the team used light to reactivate the mice’s fear memories again, this time while those mice interacted with a female. Sure enough, after nine days of this conditioning, the mice had become terrified of their romantic playmates — meaning the researchers had essentially “copied and pasted” the fear from the shock memory onto the mice’s memories of the female. The results appear this week in the journal Nature.

Pieces of the Past

This research makes it pretty clear that memories aren’t all-or-nothing recollections. They can be broken down into component pieces like locations and emotions; and each of those pieces can be reactivated independently, and even become attached to completely different memory pieces than those with which it originally formed. Redondo and his team expect that this growing body of research may help us understand how unpleasant memories are formed in the first place — and eventually, maybe even aid in the development of clinical tools for making unpleasant memories less painful.