Putting "Ears" on a Microscope Lets Reseachers Listen to Bacteria 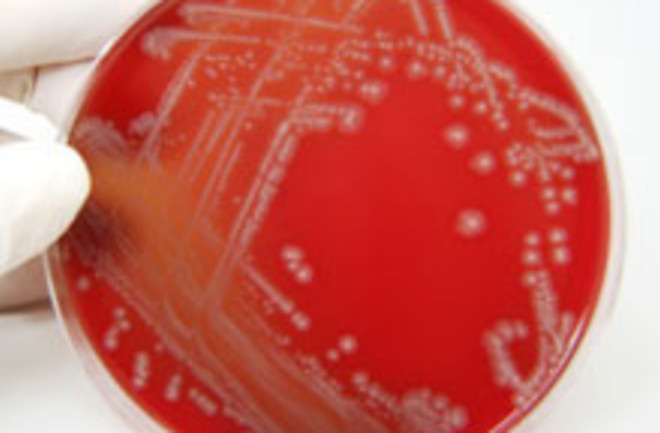 The invention of the microscope allowed scientists to peer into the tiniest of cells. Now, imagine a device that can not just look into minute cells, but can also listen in on their activities. A team of scientists is building a "micro-ear" that uses tiny beads and lasers to amplify and measure vibrations on a molecular scale. The team hopes the new device will become standard lab equipment soon, allowing scientists to

listen to the movement of bacteria such as E. coli as well as microorganisms that cause diseases like sleeping sickness [The Daily Beast].

The micro-ear is based on an established technology that uses laser light to measure tiny forces. The “optical tweezers”

work by suspending very small glass or plastic beads in a beam of laser light. Measuring the movement of these beads as they are jostled by tiny objects allows measurements of tiny forces that operate at molecular scales [BBC].

The optical tweezer is so sensitive, it can measure a piconewton force, which is

a millionth of the force that a grain of salt exerts when resting on a tabletop [BBC].

But unlike the optical tweezer, where one single laser beam measures the forces exerted by tiny objects, the micro-ear would use a circle of bead-bearing laser beams to listen to the object in question. Scientists say this circle of laser beams can pick up the motion caused by bacteria as they use their flagella to motor forward. That motion causes the ring of electrically-charged beads to wobble by different amounts, and all those wobbles are measured using a high speed camera. That output is then connected to a speaker, so that researchers can hear the bacteria's vibrations. The device has already picked up Brownian motion, letting researchers listen to atoms and molecules sloshing about in a fluid. The new micro-ear could also help scientists understand how harmful bacteria move, and how drugs can be used to stop them in their tracks.