Psychology: Why You Want to Squeeze Cute Things 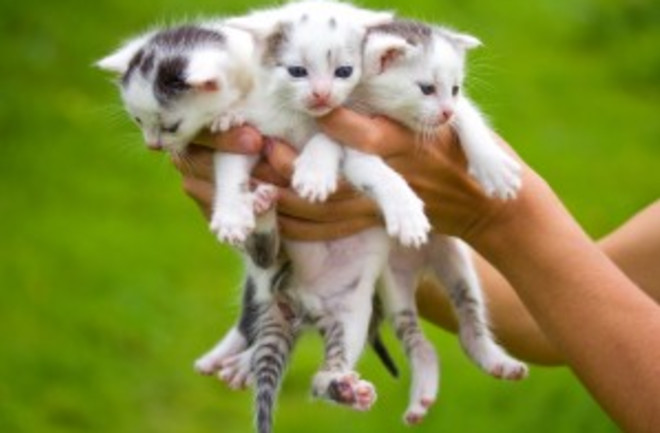 Image courtesy of Alekcey / shutterstock "You are so cute I could just eat you up!" We've all experienced that urge to squeeze something that is really, really cute. Think tiny bunnies, baby ducks, a pudgy baby's cheeks. In the Philippines they even have a word for it:

n. the urge to pinch or squeeze something that is unbearably cute.

To make up for this lack in the English language, two psychology grad students at Yale came up with their own name for the urge: cute aggression. [Researchers' disclaimer: "When we refer to 'aggression' here, we do not at all mean to say that any actual harm is intended towards the cute object."] The researchers then set about turning this impulse into measurable science, the results of which they presented last Friday at the Society for Personality and Social Psychology's annual meeting in New Orleans. Their methodology was pretty creative. The researchers began by showing 109 online participants images of animals considered either cute, funny or neutral. Cuteness was based on a general consensus from previous studies to include qualities such as round features; big, wide-set eyes; and high head-to-body size ratio. Participants were provided phrases like “That’s cute!”, “I can’t handle it!” and “I want to squeeze something!” and asked to rate the relevance of these reactions to their own (on a scale of one to 100). The results were clear: the cuter the animal, the more "cute aggressive" the response. But expressing aggression or a loss of control is very different than acting on it. So the researchers expanded the study to include a second phase. And they probably didn't have too much trouble coercing people to participate. For part two the researchers brought 90 participants into the lab, provided them with bubble wrap and showed them pictures of cute, funny or neutral animals. The metric in this part was the number of bubbles popped while watching. Viewers of funny animals popped an average of 80 bubbles during a session and members of the neutral group popped about 100 each. But the people who saw cute animals popped a whopping 120 bubbles! So the researchers have verified that cute aggression exists, but they are still in the dark about why we do it. They suggest it may be the result of an unfulfilled desire to care for the cute animals, since they are only images. Or maybe it's a negative expression for a positive emotion. Or maybe our brains are just being ironic. Thus Steinbeck's Lennie Small might not be alone in his love of soft bunnies. But the rest of us (hopefully) are able to contain our urge to squeeze...or at least inflict it upon the bubble wrap instead.