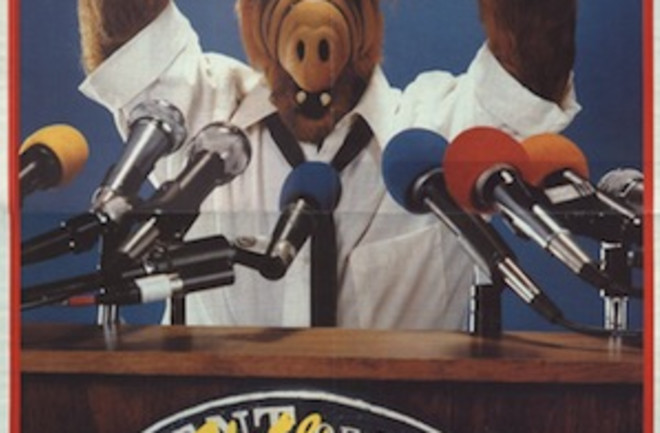 Remember in E.T. where the government finds E.T. and decides they should do all sorts of crazy awful experiments on him? Or how about in District 9 where an entire alien race is subjected to squalor, neglect, and vivisection? Or maybe in The Day the Earth Stood Still when Klaatu takes a round in the shoulder from some nervous infantrymen? What all of these movies have in common is that on present-day Earth, aliens have no rights. Despite a demonstration of equal or superior intelligence, a capacity for moral reasoning, complex culture, and peaceful intentions, aliens are regularly mistreated. “Why should I care?” you might ask, gesturing with your cigarette holder and adjusting your pashmina scarf. You should care because either we are going to find aliens on an earth-like planet, like Gliese 581g, or they’ll find us first---and soon. We’ve got time, but not much, before we’ll be looking at some living something from another world. Well why should aliens have rights? Because, as I've argued before, they have personhood. (Quick refresher: personhood is the idea that rights stem from aspects of an entity’s mind. For example, a sentient creature has the right not to suffer, and a self-aware creature has the right to self-determine. It doesn’t matter if the mind is in a robo-power suit, an ethereal protoplasm, distributed among a living swarm, or at the center of a writhing mass of tentacles. If a sentient, rational, and moral mind is present, it has personhood.) If an alien can suffer, can reason, and can tell right from wrong, then it has rights and responsibilities. But what are they? A Bill of Rights for Extraterrestrial Intelligence (Draft) I imagine the preamble would be pretty simple and to the point. Our goal is to outline what is protected (intelligent aliens) and what isn’t (probes, asteroids, King Ghidorah). Remember all those episodes of Star Trek where the Prime Directive gets the Enterprise crew in trouble because the non-warp civilization has no idea how to deal with aliens? Think of these rights as the Prime Directive in reverse---a list of rights to protect peaceful space explorers. Preamble:The People of Earth recognize that any Extraterrestrial Intelligence that is sentient, conscious, autonomous, and recognizes other persons shall be protected by the rights articulated herein. The rights articulated remain in effect while the visiting Extraterrestrial Intelligence is within the scope of direct, immediate human interaction and does not present a clear and present danger to the People of Earth. The main goal here is to prevent us from accidentally triggering an intergalactic war because we're too jumpy. As Stephen Hawking pointed out, a superior species should have no trouble wiping us out if they wanted. It's even more unlikely that aggressive intentions will be hidden or sneaky; even Independence Day only took 24 hours to go from first contact to Armageddon. If aliens don't come out guns a-blazing, we should probably give them benefit of the doubt. Furthermore, peaceful aliens with personhood (like A.L.F.) would be protected while those without (the Blob), would not be. Pretty good so far! I’m a regular founding father. On to the articles of rights. What are we trying to do with these articles? Protect the aliens from us. The same way the Bill of Rights is supposed to protect citizens from the government, we should be protecting aliens from humanity. Let’s take a shot. Article I. The People of Earth shall, in a manner prescribed by national and international law, form a delegation of representatives appropriate to the Extraterrestrial Intelligence. This delegation will be entrusted with ensuring adherence to the values and articles within this document. Just who, precisely, is going to interact with the aliens is quite important. My hope is that it isn’t a bunch of politicians, but actually some real scientists, philosophers, and the odd polymath (cough Jeff Goldblum cough) to round things out. Alright, now on to making sure we don’t mistreat our guests. Article II. The People of Earth shall make no act of aggression, pre-emptive or otherwise, towards an Extraterrestrial Intelligence.Article III. The People of Earth shall not unjustly imprison, restrain, or delay the movement of any Extraterrestrial Intelligence.Article IV. The People of Earth shall observe the same standards of ethics---including dignity, autonomy, and informed consent---regarding any potential scientific or medical interaction with the Extraterrestrial Intelligence. Whew! No being mean, no prisoners, and no evil experiments - I just made a whole lot of science fiction stories very boring. In all honesty, my suspension of disbelief is most rattled by films where one of these three articles is violated. I just can't imagine someone thinking it would be a good idea to imprison, shoot at, or dissect a strange, advanced, alien species. But it's better safe than sorry. Back to the task at hand. What we need to round things out is some sort of catch-all article, like the 10th Article of the Bill of Rights, to end this little list. Ah, got it: Article V. The People of Earth shall act as to best preserve a peaceful relationship with the Extraterrestrial Intelligence while working to preserve mutual cultures and identities. Boom! There it is folks, a Bill of Rights for our first visitors. Any loopholes? As always, I'm sure the lovely commenters will provide fine fodder for thought.