Probability of pregnancy by age

I just finished reading My Fertility Crisis, which is excerpted from a longer piece you can get on Kindle for $1.99. The author is a single woman in her early 40s who is going through IVF treatments, without success so far. She outlines the choices she made over her life which may have influenced her current situation.

After reading the piece I came back to an issue I've wrestled with before: it's often really hard to find information on probability of pregnancy online in the form of charts. The reason is that there's so much information, and much of it is skewed toward people who are undergoing treatment for infertility. But why look when you can generate your own visualization? I  found a pregnancy probability calculator online which I cross-validated with some of the literature. Here is the best case scenario for probability of pregnancy if you are trying in the natural fashion (the probabilities exclude women who are clinically infertile, which is a rather slippery category strongly dependent on age, so the older cohorts are probably much larger overestimates than the younger ones): 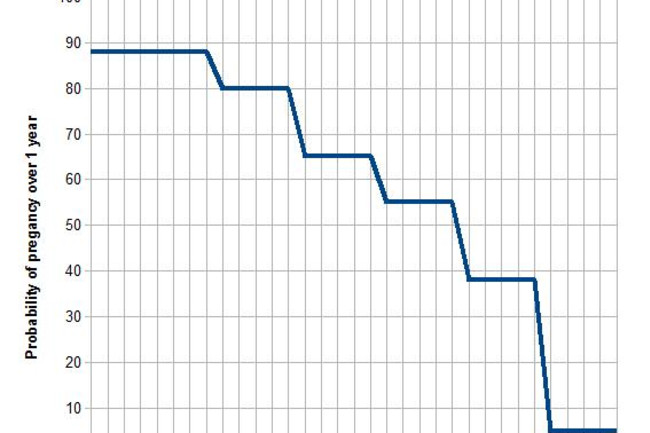 The main focus is really the decade of the 30s for women. Here is a figure from Ovarian Aging: Mechanisms and Clinical Consequences which shows a finer-grain decline in fertility: 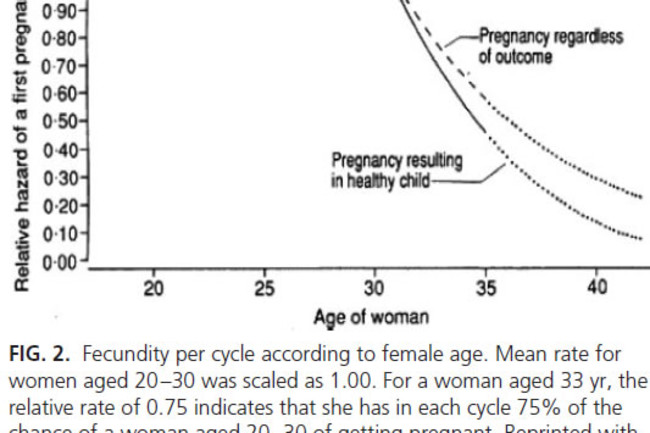 Probability of pregnancy by age

An issue mentioned in the piece above is that there is a focus on the successes of IVF as opposed to the failures. I don't really buy that narrative. But, there is a tendency not to focus too much on the fact that many IVF successes for women in their 40s are due to donor eggs. A clear example of this phenomenon is that very few in the media highlighted the likelihood that Elizabeth Edwards' last two children were conceived with the help of donor eggs. She was 49 and 51 when they were born. 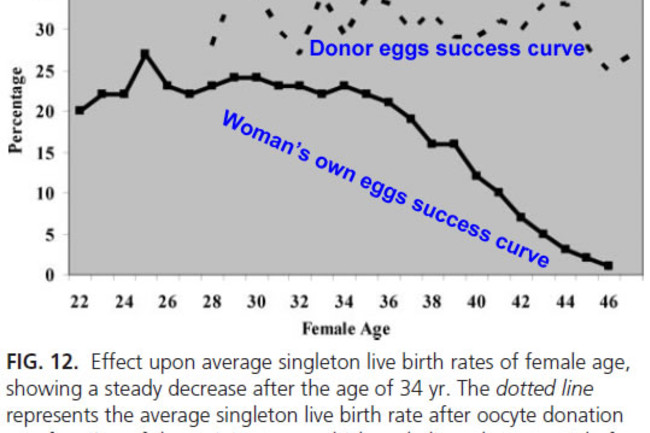 Recently a friend asked me about the value proposition of freezing eggs in the case of a 35-year-old female friend. I think it's something that many people in the developed world really need to consider. Yes, the cost is going to be in the range of tens of thousands, but that's the magnitude of a car, and far less than a home. A healthy child seems to me much more valuable than either of these objects to people who want to have children.

One of the implications that many people take away from these results is that society should aid those who wish to have children at later ages. I'm broadly sympathetic to this viewpoint. The type of people that I know personally are often in this class; they have delayed starting families to finish their extended educations and invest in their own human capital. In 15 states the law requires than health insurance cover infertility treatment. But we must not ignore the class ramifications of these policies. Mandating the coverage of infertility may alter the behavior of some individuals (just as the existence of ART has changed the stance of many people toward the "reproductive clock" more generally), but it is operationally a transfer from those who have children earlier, and are generally of lower socioeconomic status, toward those who have delayed childbearing toward later ages and are usually of higher socioeconomic status. The counterargument could be that higher socioeconomic status individuals pay greater taxes already.

The General Social Survey has a variable, AGEKDBRN, which asks respondents when their first child was born. Below I limited the data set as follows:

2) All responses are from women

All the x-axes on the plots are age of the mother when the first child was born, while the y-axes are proportions across classes. I've smoothed the data some. In the first plot ~10% of women whose family wealth is less than $100,000 had their first child at 20. For women whose family wealth as more than $100,00 the proportion was ~8%. For the last plot I categorized "Dull", "Not Dull" and "Smart" with WORDSUM, which is a 10 question vocabulary test which has a 0.70 correlation with I.Q. The dull category encompasses the bottom 35% of the distribution, the not dull encompasses the middle 53% of the distribution, and the smart the top 12% of the distribution. 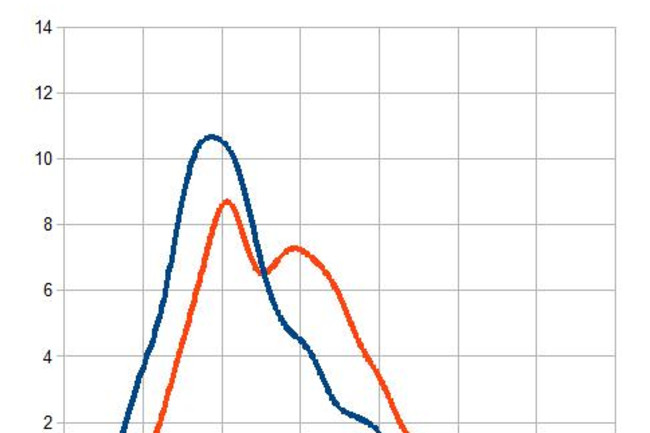 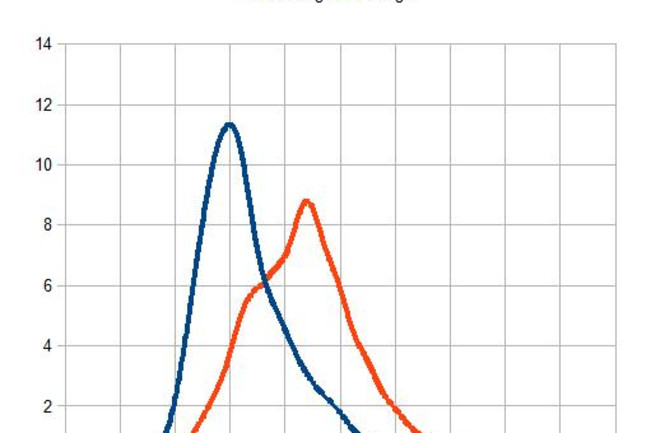 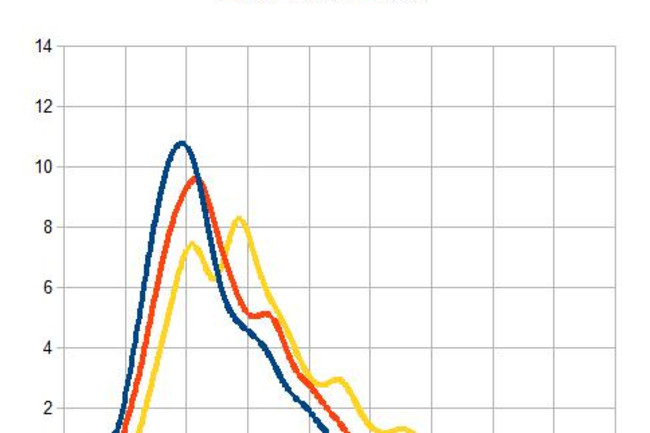