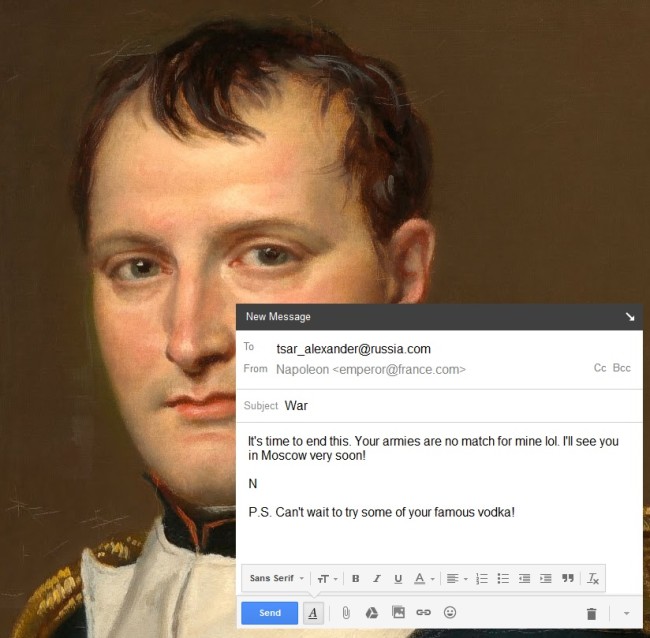 When it comes to emails, power makes people spend less time thinking and more time typing. So say German cyber-psychologists Annika Scholl and Kai Sassenberg in a new paper just published: Experienced Social Power Reduces Deliberation During E-Mail Communication In their study, they recruited 49 undergraduate students. Each participant was first randomly assigned to play one of two roles in a role-playing scenario: a "powerless" employee or a "powerful" manager. Employees were asked to generate ideas to solve a certain problem. Managers got to judge the quality of the Employees' ideas and were able to reward good ideas with real money. The role-play was just the set-up, however. After this, participants were asked to perform a second, 'unrelated' task in which they had to compose four office-based emails as if they were an employee of a company (e.g. 'request a room reservation for an already booked room', 'request a library book from the person who had lent it.'). It turned out that

However interestingly, it seems that the time the powerless spent thinking before typing did nothing to improve their messages:

Scholl and Sassenberg conclude that

As power evokes a general propensity toward less thoughtful, inhibited behavior beyond the given power context, we predicted that those experiencing low (vs. high) power deliberate more during e-mail communication. The findings supported this prediction.

But how powerful are these results? The authors say that a 'major strength' of their study was that "thinking times during e-mail composition were assessed without participants being aware of it", and that this excludes the possibility that the results are demand effects. That is, Scholl and Sassenberg are confident that 'powerful' participants weren't just deliberating less because they believed that they ought to be deliberating less as part of the experiment. However, the participants were still aware that the email-sending phase of the experiment was part of the study - they knew that the emails weren't real. In my mind it would have been better - if much more difficult! - to have got participants to send actual emails to real people. Perhaps they could have been given a "break" and told that if they wanted to send any emails, they could do so from a PC in the lab. Of course you couldn't ethically snoop on the content of those emails - but just measuring the time spent thinking and typing (maybe via a record of the number of keystrokes/second) might not be unethical.