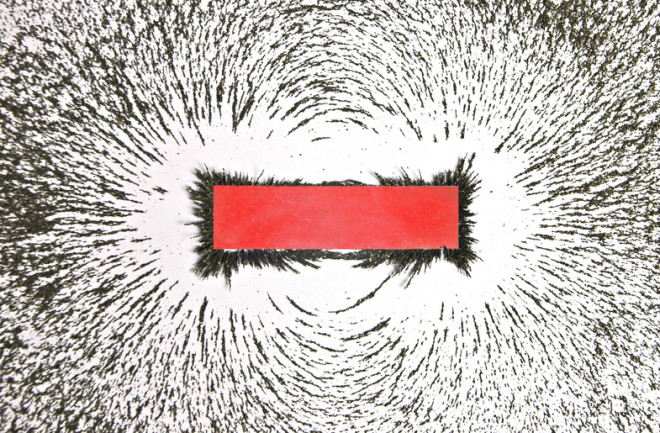 (Credit: Awe Inspiring Images/Shutterstock) A little magnetism unleashed a wave of positive vibes for mice in the lab. Scientists at the University of Virginia developed a technique that uses magnets to control the brains of living mice. Researchers created a hybrid gene — they called it Magneto — that produces proteins in brain cells that are responsive to magnets. Whenever Magneto-engineered rodents wandered into a magnetic field, the invisible force activated the pleasure centers in their brains. Researchers believe magnetic mind control represents a noninvasive way to manipulate neural pathways and study brain function. It’s also, they say, a first step toward developing “magneto-genetic” therapies to someday treat brain disorders.

To engineer Magneto, researchers used a viral vector to implant a gene that produces ferritin, a protein that stores iron in the body, into the TRPV4 gene, which encodes a calcium protein that helps relay messages in the brain. The hybrid gene produced proteins that were response to weak magnetic fields. Then, the team gathered six mice with the Magneto gene and six without it, and placed them into an enclosure with a magnetic field present at only one end. The engineered mice expressed the Magneto gene in neurons that controlled the release of dopamine — the chemical responsible for pleasurable feelings.

Michael Wheeler, left, and Ali Deniz Güler engineered a synthetic gene that, used in conjunction with a magnetic field, allows them to control neural circuits. (Credit: Dan Addison/UVA) As expected, the modified mice clustered at the end of the enclosure with the magnetic field — it yanked open their pleasure-inducing dopamine channels — while the control group milled about at random. When the magnetic field was turned off, modified mice weren't particularly interested in the magnetized side of the cage. Researchers confirmed their findings by measuring brain activity in the modified neurons. They found that Magneto-enhanced neurons fired when mice crossed into a magnetic field, confirming the link between magnetism and neuron activation. “We may have discovered a major step toward developing a ‘dream tool’ for remotely controlling neural circuits, by manipulating specific cells using engineered gene products that respond to magnets,” said Ali Güler, a UVA biology professor who led the study, in a statement. They published their research Monday in Nature Neuroscience.

The Magneto method is similar to optogenetics, a technique that genetically modifies brain cells to make them sensitive to light. By flashing lights on brain cells designed to produce light-sensitive proteins, researchers can activate and deactivate specific neural pathways. Optogenetics has one drawback: It requires invasive procedures to implant fiber-optic cables in the brain. This is both inconvenient and time-consuming, and presents an impediment for eventual use in humans. By making neurons receptive to magnetism, the researchers’ system requires no surgery at all. For now, the researchers hope to use the technique to study brain development and function. By manipulating targeted parts of the brain, they can determine what, exactly, targeted neurons do. But in the future, researchers see potential therapeutic benefits of magnetic mind control. “If we can use gene therapy to exert control over neurons, the potential exists to modify or eliminate the effects of certain neurological diseases by controlling ill-firing neural networks. Our method may be one possible approach,” says Güler.