Peyote on the Brain

Is the secret to alcoholism and other addictions locked up in hallucinogenic drugs? 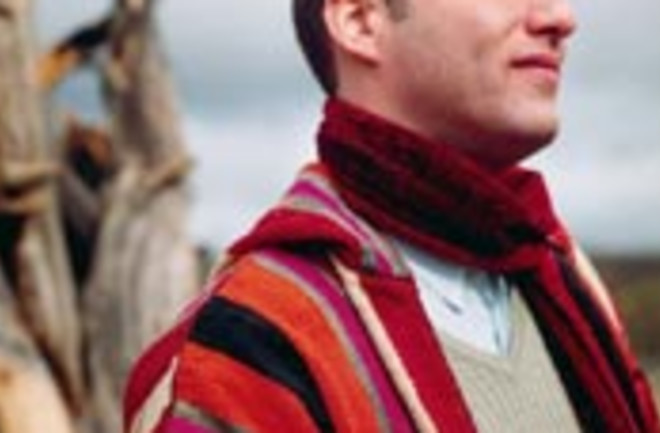 John Halpern, a research psychiatrist at Harvard, says he suspects that psychedelic compounds such as LSD, psilocybin, and mescaline stimulate "a center in the brain that is involved in spirituality."

Even with several tablespoons of peyote in me, by 3 in the morning I'm fading. For almost six hours I have been sitting in a tepee in the Navajo Nation, the largest Indian reservation in the United States, with 20 Navajo men, women, and children. They belong to the Native American Church, which has 250,000 members nationwide. Everyone except the four children has eaten the ground-up tops, or buttons, of peyote, Lophophora williamsii. U.S. law classifies the squat cactus and its primary active ingredient, mescaline, as Schedule 1 substances, illegal to sell, possess, or ingest. The law exempts members of the Native American Church, who revere peyote as a sacred medicine.

A barrel-chested man wearing a checked shirt and cowboy boots stands over the cedarwood fire and murmurs a prayer in Diné, the Navajo language. As this roadman, or leader of the service, sprinkles sage on the coals, my eyelids close. I smell the sage and hear it hiss, and I see the roiling geometric patterns, called form constants, generated by compounds such as mescaline. Then the balding white man on my right nudges me and tells me to keep my eyes open. The Navajo might be offended, he whispers, if they think I have fallen asleep. Later, he shakes his head when I lean on an elbow to relieve the ache in my back. Too casual, he says. My guide to the etiquette of peyote ceremonies is John Halpern, a 34-year-old psychiatrist from Harvard Medical School. For five years he has been coming here to the Navajo Nation—27,000 square miles of sage-speckled desert stretching from northern Arizona into New Mexico and Utah—to carry out a study of peyote. Funded by the National Institute on Drug Abuse, the study probes members of the Native American Church for deficits in memory and other cognitive functions. Halpern has brought me here to help me understand him and his mission, which is to provoke a reconsideration of the pros and cons of hallucinogenic drugs, commonly referred to as psychedelics.

Coined in 1956 from the Greek roots for "mind revealing," the term psychedelic refers to a broad range of drugs that include peyote, LSD, and psilocybin, the primary active ingredient in so-called magic mushrooms. Three decades ago the federal government shut down most research on psychedelics, and The Journal of the American Medical Association warned that they can cause permanent "personality deterioration," even in previously healthy users. Halpern says this blanket indictment is "alarmist" but agrees that there are documented dangers associated with the recreational use of the drugs. When ingested recklessly in large doses, psychedelics can generate harrowing short-term experiences, and they can precipitate long-term psychopathology in those predisposed to mental illness. Nonetheless, more than 20 million Americans have tried a psychedelic at least once, and 1.3 million are users of the drugs, by far the most popular of which is now MDMA, or Ecstasy. Halpern undertook his peyote research in part to test persistent fears that those who repeatedly use psychedelics run a high risk of brain damage.

While recognizing that psychedelics are toxic substances that should not be treated lightly, Halpern thinks some of the drug compounds could have beneficial uses. "There are medicines here," he says, that could prove to be "fundamentally valuable." He hopes the mind-revealing power of psychedelics can be harnessed to help alleviate the pain and suffering caused by two deadly diseases that have long been notoriously resistant to treatment: alcoholism and addiction. More than 12 million Americans abuse alcohol, and another 1 million abuse cocaine or heroin.

Halpern's conviction that psychedelics might help alcoholics and addicts is based both on research by others and on his personal observations of members of the Native American Church. Although Indians in central and northern Mexico, peyote's natural habitat, have ingested it for spiritual purposes for thousands of years, only in the last century did this practice spread to tribes throughout North America in the form of rituals of the Native American Church.

All the subjects of Halpern's research are Navajo, who account for roughly 10 percent of the church's membership and hold key leadership positions. Even though tribal leaders have banned alcohol from their reservation, alcoholism is still rampant. For the Navajo and other tribes, rates of alcoholism are estimated to be more than twice the national average. Those in the Native American Church say their medicine helps keep them sober and healthy in body and mind, and Halpern suspects they are right.

He first took peyote himself five years ago, shortly after presenting his research plan to leaders of the Native American Church. "It would have been supremely insulting to them if I didn't try it. So I tried it." Halpern also hoped that firsthand experience would help him understand how peyote ceremonies might benefit church members. He checked beforehand with the U.S. Drug Enforcement Agency, which told him that it would not object to peyote use by non-Indians for serious scientific, educational, or journalistic purposes. Halpern has participated in five services in all, including the one we both attend, and these experiences have imbued him with respect for the Indians and their faith. When I expressed curiosity about the ceremonies, he said the best way to appreciate them is to participate in one. He warned me that the ceremonies are in no way recreational or fun, and our session in Arizona bears that out.

Like most Native American Church services, this one has been called for a specific purpose—in this case, to help a wife and husband burdened with medical and financial problems, all too common on the reservation. Except for Halpern and me, everyone is a friend or relative of this couple; some have traveled hundreds of miles to be here. The meeting lasts for 10 hours with only a single 10-minute break, and it unfolds in a rhythm of rituals: smoking tobacco rolled in corn husks; singing hymns in Diné or other Native American languages to the pounding of a deerskin drum; eating peyote and drinking peyote tea passed around in bowls, three times in all.

There is a spellbinding beauty in the incantations of the roadman, in the sparks spiraling up from the bed of coals toward the tepee's soot-blackened roof, in the stoic expression of the elder who adds cedar logs to the fire and rakes the coals into a half circle. But none of the worshippers seems lost in blissful aesthetic reveries. Far from it. For much of the night, the mood is solemn, even anguished. Two people vomit, including the wife. Both she and her husband sob as they confess their fears and yearnings. So do others as they listen, offer prayers, or divulge their own troubles—usually in Diné, but occasionally in English.

The power of these ceremonies, Halpern tells me later, is only partly pharmacological. After all, worshippers usually eat just a few tablespoons of peyote, which amounts to less than 100 milligrams of mescaline—enough to induce a stimulant effect but not full-fledged visions. Peyote, Halpern speculates, serves primarily as an amplifier of emotions aroused by the ceremony's religious and communal elements. He cannot prove this conjecture yet, nor can he say how or if the putative benefits of these sessions might be achieved by non-Indians in more conventional psychotherapeutic settings. "A lot more work needs to be done to answer such questions," he says.

His creeping baldness notwithstanding, Halpern looks younger than his age. He can be brash too. During our weekend in Navajo country—where we visit a substance-abuse clinic and meet a Native American Church leader as well as attend the peyote session—he exults in displaying his knowledge of psychedelic chemistry and his talent for mimicry. A nightclub owner once said his impressions were good enough for a stage act, he boasts. (Actually he is good, especially at obscure sitcom characters like Colonel Klink's irritable commander in Hogan's Heroes: "Kleenk, you EE-dee-ot!")

Halpern says he does have "an abrasive, sarcastic side." But he also has an earnest, idealistic side that comes to the fore when he talks about his upbringing. Raised in a Jewish home in an affluent New York suburb, he was never particularly religious, but he inherited a passion for healing from his psychiatrist father and psychologist mother. They convinced him that "medicine is the highest profession you can have, because it's such a privilege to work with human beings and to heal them."

He traces his interest in psychedelics to the early 1990s. Interning at a psychiatric hospital in Brooklyn, New York, he became frustrated that he could not offer better treatments for alcoholic or drug-addicted patients. During a weekend at his parents' home, he vented to a visiting family friend, Chunial Roy, an Indian-born psychiatrist who had settled in western Canada. Roy recalled that in the 1950s, he did a survey of alcoholism among Indians in British Columbia and found low rates among members of the Native American Church. Roy added that psychedelics such as LSD had once been considered promising treatments for addiction and other disorders.