People Are More Likely to Return Wallets if There’s Lots of Money Inside, Study Says 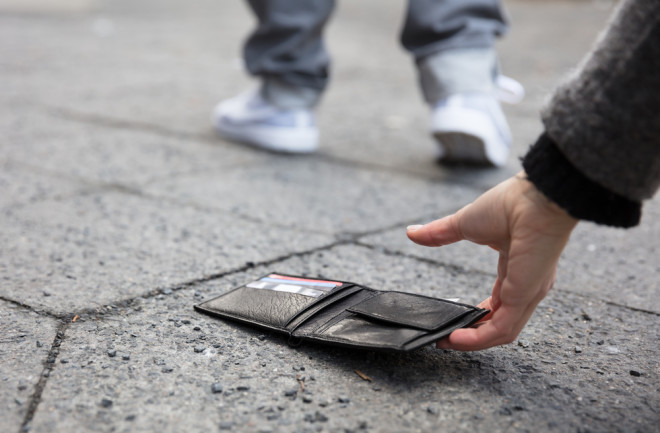 What would you do if you found a wallet with $100 in it? Would you return it? Keep it?  Well, if you’re like the majority of people in this world, you’d probably contact its owner and return the wallet without a cent missing. But, if the wallet contained only a few bucks, you maybe would call it lunch money.

At least that’s according to a new study published Thursday in Science that explored civic honesty, or doing the right thing even if it conflicts with our self-interest. The greater the sum in the wallet, the greater the incentive to give it back, the researchers say.

And, what better measure of honesty is there than money? That’s why a team of researchers “lost” more than 17,000 wallets in 350 cities across 40 countries and tracked whether the locals tried to return them. And, what they found out suggests that we shouldn’t always expect the worst when it comes to human nature.

In nearly all countries studied, people were more likely to report a lost wallet that contained money than those without. Adding the equivalent of $13.45 in U.S. dollars to the wallet, as opposed to no money, increased the likelihood of return from 40 percent to 51 percent. And when wallets contained nearly $100, the rate of return increased to 72 percent.

If the results shock you, you’re not alone. Researchers say the results are the opposite of what members of the public and experts tend to predict when it comes to moral tests like this. But don’t rejoice over humanity’s future just yet. Researchers say there’s more to the story. They uncovered a number of insights into human psychology that seem to be at play when faced with a moral pickle like a lost wallet with a wad of cash.

But before diving into the drivers of global do-gooders, keep in mind that the researchers didn’t literally plant thousands of “lost” wallets on the street. Instead, anonymous research assistants were tasked with turning them in to employees of public and private institutions in different countries. As they handed over the wallets to employees, the assistants explained that they found them outside and didn’t have the time to locate their rightful owner. Then, researchers waited to see if an employee of the institution would actually contact the fictional owner.

Relying on the kindness of strangers on the street to return lost wallets rather than employees could yield different results. But researchers say their work still included a broad range of people, cultures and institutions in revealing this global trend of Good Samaritans.

An example of a "lost" wallet and its contents used in this experiment. (Credit: Christian Zund)

Each wallet was a transparent case that contained a business card and contact information for a self-employed software engineer with a male name common to that country. Wallets also included a handwritten, translated grocery list for items like milk or bananas. Researchers also studied how including keys, money, and sometimes both, in the wallets would change the likelihood of return.

And it seems that no matter where you live, people universally loathe feeling like a no-good thief. In follow up surveys in the countries, researchers found people’s motivation for doing the right thing boiled down to positive self-image. That’s why people are more likely to return wallets with larger sums of money than lesser sums. People maybe didn’t feel very guilty about pocketing $13.45, but the thought of keeping nearly $100 weighed too heavily on them. But it’s also possible that people didn’t think it was worth going out of their way for a relatively insignificant amount of money.

That said, researchers think empathy for strangers who lost their hard-earned cash probably did play a secondary role in people’s decision-making process. Placing a house key in lost wallets increased the rate of return overall. This simple inclusion may have helped people see the anonymous wallet owner as a real person with ties to the community.

As you might expect, there were some country-to-country variations in the wallet return rates. People in Switzerland, Norway, and other Scandinavian countries were more likely to return wallets, regardless of whether it had money or not. But only a minority of people in China, Morocco, and Peru returned the wallets in either scenario. In fact, Mexico and Peru were the only locales where people were less likely to return a wallet with money than one without.

The United States landed squarely in the middle overall, but Americans were significantly more likely to report lost wallets if they contained money than if they didn’t

The share of wallets reported in each country, either found with money or without money. (Source: Science)

As you might expect, the researchers speculate that a country’s economic and political climate influences civic honesty. But of all the factors the researchers accounted for, cultural norms related to community were the strongest predictors of whether wallets were returned or not.

Surprisingly, cultures with stronger family ties tended to return fewer wallets. People in family oriented-cultures may rely more on their kin for support and have less interaction with strangers, the researchers explained.

On the other hand, cultures that place more emphasis on treating everyone the same, regardless of how well you know them, had higher wallet return rates.

“These norms have been passed down from generation to generation, so we still see some remnants of the past today,” said lead author and behavioral economist Alain Cohn in an email. “It makes sense that more ‘collectivistic’ cultures are less honest. They may be honest towards in-group members but not strangers.”

In case you’re wondering, the researchers did put the ‘ol “I found your wallet but I swear there was no money in it” excuse to the test. Though the researchers in most cases didn’t actually go and retrieve the missing wallets from people, they did in the Czech Republic and Switzerland. The research assistants met up with more than 170 people who had been tasked with returning the wallet. The vast majority turned over the full amount of money that was lost with the wallet.

So, next time you lose your wallet, don’t immediately freak out. Chances are, it’ll turn up.