Parkinson's Patients are Mysteriously Losing the Ability to Swim After Treatment 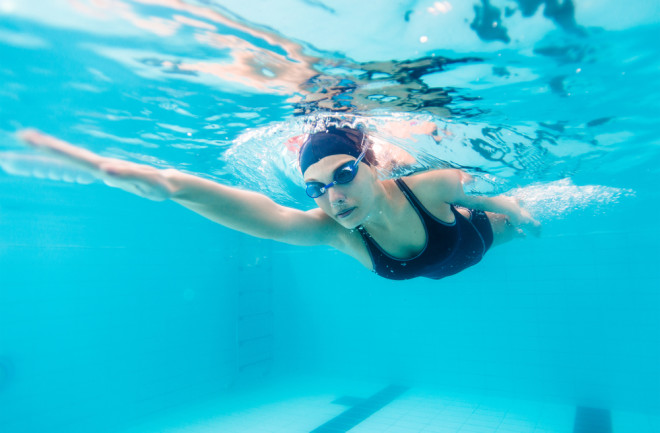 For Parkinson’s patients, deep brain stimulation (DBS) can help control a number of neurological symptoms, like muscle spasms and stiffness. But one weird side effect has surfaced in a string of case studies: Some patients, no matter how good their motor skills, lose their ability to swim after the procedure.

And, researchers report, the entire cohort had had no trouble swimming even after their Parkinson’s diagnosis. Rather, it seems that the invasive procedure — which involves implanting electrodes around the brain and heart to intercept erratic electrical signals — is what triggered the patients’ lack of buoyancy.

Despite the puzzling pattern, researchers aren’t sure exactly why DBS could make patients sink. The report notes that the patients had seen an improvement in motor function after DBS — but after jumping into the water, their coordination vanished.

Christian Baumann, a neurologist at the University of Zürich, said the research team garnered interest in the topic after they learned one of their DBS patients had jumped into a lake and almost drowned.

"We clinicians usually do not ask questions about swimming and other sport activities, and therefore this effect might have been hidden from our attention," Baumann said in an email. After the patient's brush with death, the doctors began asking others with DBS devices about their swimming abilities.

Three of the nine patients, they learned, had turned off their deep brain devices and immediately were able to swim.

This isn't the first time researchers have observed this odd connection. In 2015, four similar case studies spanning two decades were reported by researchers in Australia. Three of those patients drowned after suddenly losing their swimming ability after DBS.

Baumann said disruptions in other, specific physical abilities, such as golfing or skiing, have also been observed in DBS patients. Like swimming, those skills are learned, are developed after birth, and involve a network of nerves working together to complete a task.

With only anecdotal evidence so far, the odd condition leaves researchers with more questions than answers. Further study is needed to understand what’s happening in patients’ bodies.

Although the new paper represents just a few cases, Baumann said the main reason the doctors chose to write up a report was to increase awareness of this side effect. Though the underlying cause may be murky, trying to go for a swim after DBS could lead Parkinson's patients into dangerous waters.

More From Discover
Health
Extreme Fatigue: 4 of the Longest-Lasting Sporting Events
Mind
Weed Might Not Make You Creative After All
Mind
How Does Alzheimer's Disease Lead to Death?
Technology
What Is a Social Media Cleanse?
Mind
Calming Kids With Electronics May Affect Emotion Regulation Skills
Mind
How Failing Could Actually Help us Succeed
Recommendations From Our Store
My Science ShopDiscover STEM Kits
My Science ShopDiscover 2022 Calendar
My Science ShopStrange Science
My Science ShopElements Flashcards
Shop Now
Stay Curious
Join
Our List