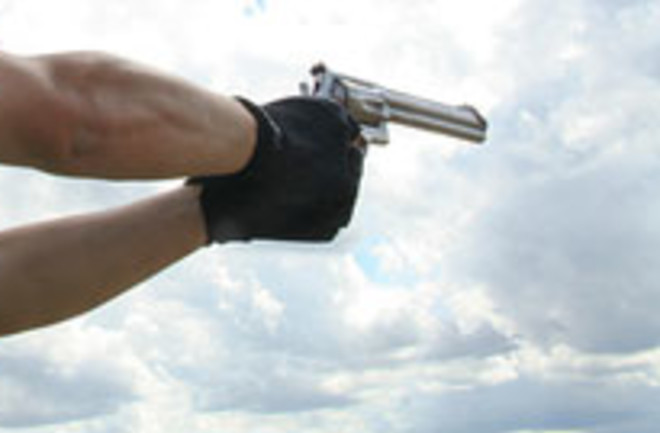 In the first major doping scandal of the Beijing Olympics, a North Korean pistol shooter has been stripped of his silver and bronze medals after testing positive for the drug propranolol. The drug, which belongs to a class called beta-blockers, would not be considered a performance-enhancing drug in most sports; it works by blocking the action of adrenaline, and therefore lowers blood pressure and heart rate.

Cardiologist Sandeep Jauhar explains that while propranolol is used to treat high blood pressure, it has additional uses: “It’s also used to treat other conditions that are mediated by high adrenaline levels, such as tremor and performance anxiety. Beta blockers don’t lower the anxiety level, but they lower manifestations of the anxiety, such as fast heart rate, sweating, and tremor” [Scientific American]. Anti-doping officials from the International Olympic Committee (IOC) believe that the shooter, Kim Jong Su, used the drug to keep his hands from shaking during the competition.

The drug test was conducted during the competition, and officials say they’re convinced that Kim was trying to cheat. Professor Arne Ljungqvist, the head of the IOC’s medical commission, was in no doubt that he had deliberately taken drugs. “This beta-blocking agent is banned only in certain sports such as shooting and archery which require great control. Therefore I can only describe it, (the drug-taking) as deliberate” [AFP]. Kim was expelled from the Olympic village on Friday.

Human rights activists in South Korean have already expressed concern that the oppressive North Korean regime will punish Kim for “humiliating” the nation. [T]here is a high possibility of punishments such as imprisonment and labor training…. [W]hen the North Korean national soccer team was defeated in the 1994 World Cup, Kim Jong Il ordered “Do not let them go abroad for years” [The Daily NK].

Several other athletes have been expelled from the games: A Greek hurdler who won the gold in the 2004 Olympics tested positive for steroids, and a Spanish cycler tested positive for the hormone EPO. A Vietnamese gymnast also tested positive for a banned diuretic, but Olympic officials say she may have simply received bad advice about what medications she could take. The IOC is conducting a record 4,500 drug tests in Beijing, up from 3,600 in Athens [AP].

But even as anti-doping officials increase surveillance, unscrupulous athletes are investigating new ways to gain an edge. DISCOVER reports from the frontier of performance-enhancing medical technology in the recent article, “Will Genetic Therapy Destroy Sports?”