Nomophobia: the fear of being out of cell phone contact. 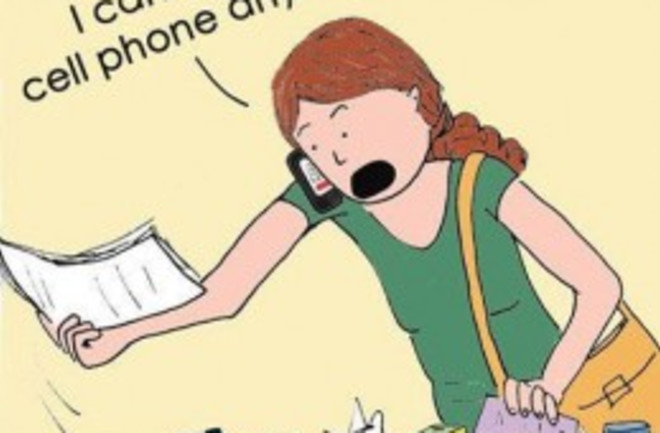 Most people these days are so hooked to their cell phones that they are hardly seen without one, and many (including us) don't even have a landline. But at what point does incessant phone use and the resulting fear of being out of touch become a real phobia? Here, two psychologists argue that "nomophobia" (an abbreviation for "no-mobile-phone phobia") should be added to the DSM-V manual of psychiatric disease. The authors do caution that it is important to distinguish between pathological and normal behaviors -- which is probably good, because according to a 2010 UK study, "53% of mobile phone users in Britain tend to be anxious when they 'lose their mobile phone, run out of battery or credit, or have no network coverage.'" Not only that, but "58% of men and 47% of women suffer from the phobia, and an additional 9% feel stressed when their mobile phones are off. " [Source]. It's 10 PM - do you know where your phone is?

A proposal for including nomophobia in the new DSM-V. "The Diagnostic and Statistical Manual of Mental Disorders (DSM) is considered to be the gold standard manual for assessing the psychiatric diseases and is currently in its fourth version (DSM-IV), while a fifth (DSM-V) has just been released in May 2013. The DSM-V Anxiety Work Group has put forward recommendations to modify the criteria for diagnosing specific phobias. In this manuscript, we propose to consider the inclusion of nomophobia in the DSM-V, and we make a comprehensive overview of the existing literature, discussing the clinical relevance of this pathology, its epidemiological features, the available psychometric scales, and the proposed treatment. Even though nomophobia has not been included in the DSM-V, much more attention is paid to the psychopathological effects of the new media, and the interest in this topic will increase in the near future, together with the attention and caution not to hypercodify as pathological normal behaviors." Related content: NCBI ROFL: It was as big as my head, I swear! Biased spider size estimation in spider phobia.NCBI ROFL: Ants in your pants? Flashback Friday: Want to cure your fear of spiders? Just look at this picture of Bob Marley.