The disturbingly accurate brain science that identifies potential criminals while they’re still toddlers... scientists are able to use brain tests on three-year-olds to determine which children are more likely to grow up to become criminals.

Hmmm. Not really. The research in question is from from North Carolina researchers Avshalom Caspi et al.: Childhood forecasting of a small segment of the population with large economic burden. It's based on a long-term study of 1,037 people born 1972-1973 in Dunedin, New Zealand. Neuroskeptic readers may recall that I've blogged about otherpapers based on this same cohort. 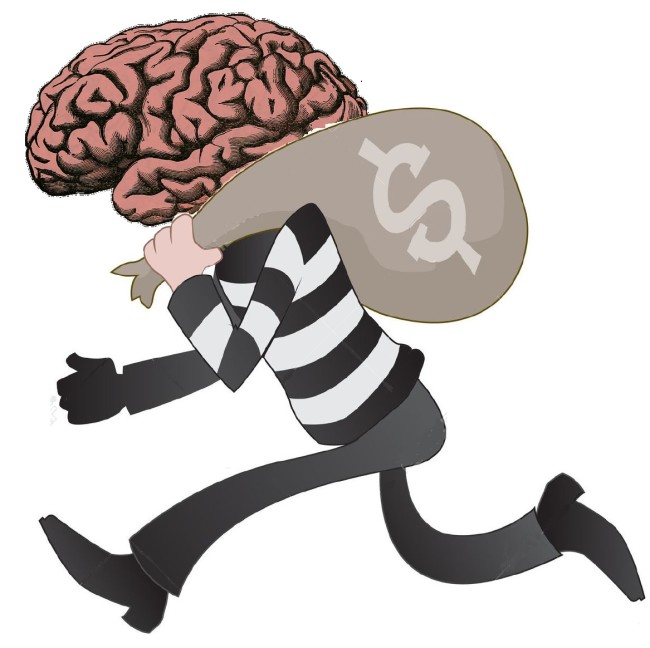 A segment comprising 22% of the cohort accounted for... 81% of criminal convictions. Childhood risks, including poor brain health at three years of age, predicted this segment with large effect sizes.

There's nothing new in the finding that a small proportion of the population is responsible for most crimes. As the authors point out, this is known as the Pareto principle and it applies to not just crime but a great many other things: a minority of people are responsible for the majority of just about anything you can mention. Where Caspi et al. do claim to provide novel results is in the prediction of later membership of the criminal minority - and also of other "high social cost" groups - based on "brain health" at 3 years of age. Here's how it worked:

At 3 years of age, each child in the cohort participated in a 45 minute examination that included assessments of neurological soft signs, intelligence, receptive language and motor skills. The examiners (having no previous knowledge of the child) then rated each child’s frustration tolerance, resistance, restlessness, impulsivity and lack of persistence in reaching goals. This examination yielded a summary index that we have termed brain health, a global index of the neurocognitive status of three-year-old children.

Although the authors call their metric "brain health", it has little to do with neuroscience. It didn't involve any brain scans, blood tests or other biological measures. So it could equally well be called "behavioural health"... although it wasn't really a measure of health either, unless you think having a low intelligence or being impulsive is a disease. Still, whatever you call it, scoring poorly on this "brain health" measure did indeed predict later criminality, obesity, smoking and even welfare claims. The effects were pretty small though. For instance, the risk of being in the "criminal minority" was 1.19 in the poor "brain health" group compared to those with good "brain health", i.e. an increased risk of 19%. 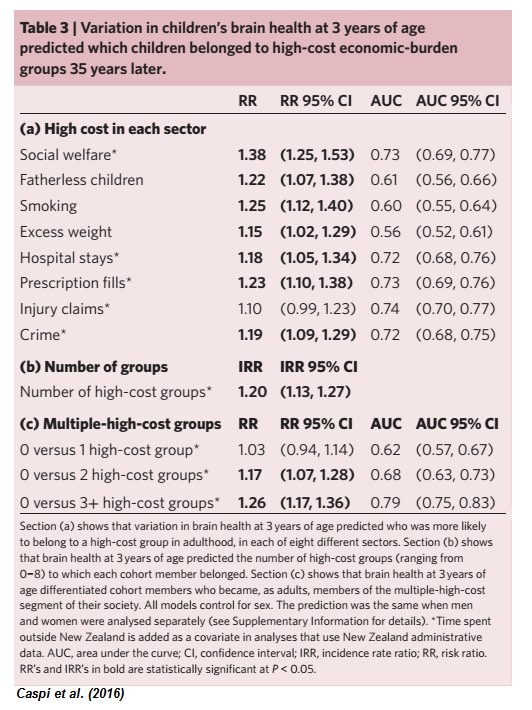 Also, it's unclear whether "brain health" provides any useful information above and beyond the predictive power of the socioeconomic status (SES) of the child's family. SES was a strong predictor of future criminality. It's not stated whether "brain health" predicts later problems after controlling for SES. In the Quartz article, the senior author is quoted as saying that "We took out all the children living below the poverty line and got the same kind of effects", but this isn't the same thing. Also conspicious by its absence from the paper is any consideration of the ethnicity of the participants. Overall, Caspi et al. is far from the "Minority Report" style crime prediction technology that Quartz discusses. h/t @clew_less