Musical Harmony May Be Hardwired in the Brain 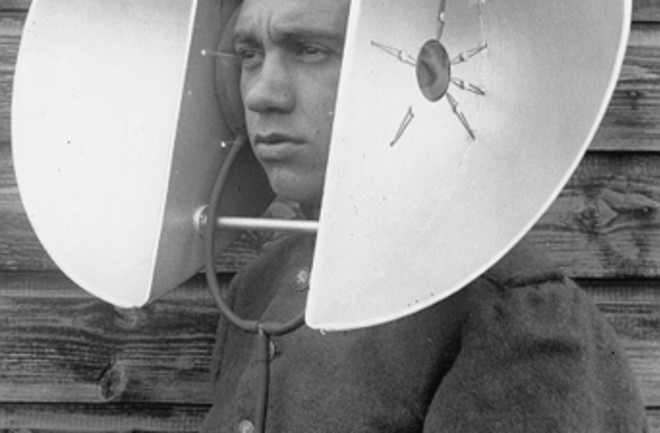 Anyone who's ever watched a horror film will know that the sound of two clashing notes evokes a visceral response in most people. Among Western listeners there's a strong preference for consonance, which exists even from infancy; consonance is the pleasing mixture of two tones, while dissonance is their clashing. (For a good example of both, see this video.) It's controversial whether the same preferences exist in other cultures, but new research indicates the preferences might be wired in our brains. The prevailing theory of music in the brain is that dissonant combinations share frequencies that are a bit too close. When these frequencies are perceived by the cochlea, the part of the inner ear that translates sounds to nerve impulses, they can't be well distinguished. Because similar frequencies are processed next to one another on the cochlea, their nerve signals can interfere with one another. The perception is a grating effect, called "beating." But neuroscientists have found that beating is not actually what we dislike when we hear discordant tones, as they reported this week in PNAS. Their approach was to study a unique subset of people called amusics. Amusia is a congenital disorder; people with the condition have a hard time detecting the direction of pitch changes and can't tell some notes apart. Thus, many of the sensations of music are lost on people with this condition. The researchers played various combinations of tones to the amusics, many of which normal listeners would find quite unpleasant, but the subjects reported no displeasure. The one exception, however, was beating. Amusics could indeed detect beating and found it grating, just as other people do. When two notes of close frequency were played to the same ear, subjects rated that as jarring; when, in contrast, they were separated one note to one ear, the beating was lessened and so too was the subjects' dislike of the sound. Thus beating is unpleasant to all of us, but doesn't appear to have anything to do with our appreciation for music, since amusics dislike it, too. That appreciation appears instead to be hardwired in our brains, reliant on our ability to accurately detect the gaps in frequency between two notes, rather than just the dislike of beating. The finding helps resolve a key question of how and why we appreciate pleasing sounds. And that should be music to your ears.