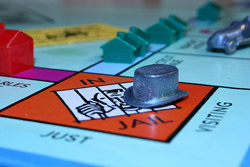 Will a new brain scan test put an end to lying in court? A judge in India recently used a brain scan to convict a 24-year-old woman of murdering her fiancé. In a new and controversial way of gathering incriminating evidence, the defendant was read details of her fiancé’s death while electrodes were hooked up to her head to measure her brain waves. Afterwards, the authorities used processing software to analyze the brain scans, revealing that the woman’s brain lit up when she heard information that only the killer would know. After September 11th, the U.S. funded research to develop brain-based lie detector tests, but critics argue it’s too soon to use machines such as electrogencephalograms in the courtroom. In the U.S., brain scans have typically been used on the defense side to prove mental illness, rather than to prove or disprove truthfulness. “I find this both interesting and disturbing,” Henry T. Greely, a bioethicist at Stanford Law School, said of the Indian verdict . “We keep looking for a magic, technological solution to lie detection. Maybe we’ll have it someday, but we need to demand the highest standards of proof before we ruin people’s lives based on its application.” Some people think EEGs can eventually be used to aid investigations as much as DNA evidence does. Still, the machines we used to tell the truth are far from foolproof. The polygraph used to be a routine test to determine if a defendant was lying, until the Supreme Court ruled in 1998 that what the test really measured was how anxious a person was, rather than whether he or she was lying.