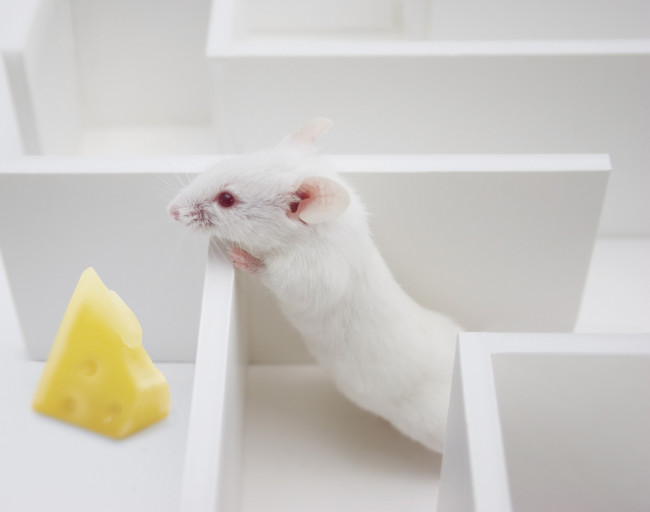 It sounds like something straight out of science fiction, but it's true---human brain cells transplanted into mice's brains make the mice smarter. The results highlight how important a certain overlooked class of brain cells are in human brains. The cells in question are called glial cells

. Their name comes from the Greek word for "glue," which was long thought to be the main purpose of these cells in the human nervous system---to hold together the neurons. Scientists now think these sideline cells communicate with neurons

too, but they still take a back seat in most studies of brain function. But there's evidence that glia are pretty crucial in human cognition. Genetic studies have shown that the biggest difference in gene expression between human and mouse brains are in glial cells. And humans have many more of a certain kind of glia, called astrocytes,

than do non-primate mammals. Thus glia, rather than neurons, may be at the heart of why human brains are so distinctively powerful. To see just how powerful they are, scientists recently transplanted some human glial cells, taken from an aborted fetus, into the brains of newborn mice. The mice developed with human-mouse hybrid brains---the human cells maintained their human size and shape, and made connections with the mouse's own brain cells. The presence of human cells made the mice's brains function better---the nerve connections became more efficient in the hippocampus, the area of the brain responsible for navigation and memory. Most remarkably, these changes translated to visible behavioral differences in the mice. Humanized mice learned significantly faster than normal mice, on tasks such as fear conditioning and navigating a maze. They also had better memory. When the mice were trained to memorize and later pick out an object, the humanized mice excelled over normal mice, according to the study

published in Cell Stem Cell. And though the results sound like sci-fi, the authors say they have real-life therapeutic promise. To better understand brain disorders such as schizophrenia and Huntington's disease, glial cells from people with these diseases are now being implanted into mice. The results will shed light on the role of glia in these disorders, as well as allow testing of different treatment strategies that target abnormal glial function. Image courtesy sextoacto / Shutterstock