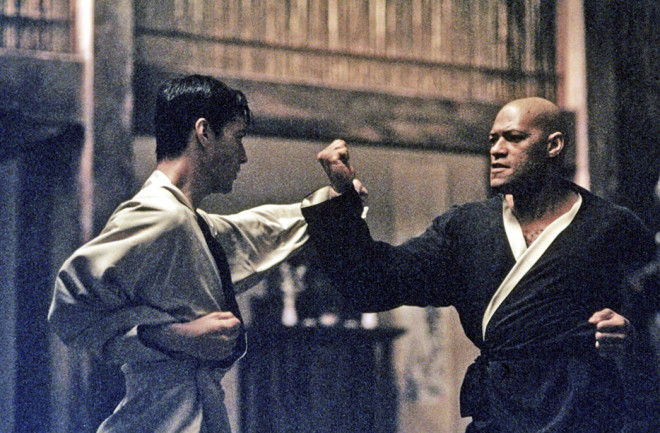 In a well-known scene from The Matrix, Neo (played by Keanu Reeves) lies down in a high-tech dentist’s chair and straps on a wild array of electrodes, downloading a series of martial arts training programs into his brain. Apparently—if the mechanics can be parsed—the information is transferred via the visual cortex. Afterward, he blinks his eyes open and speaks the words geeks have been quoting ever since: “I know kung fu.” Automatic learning, the technical term for this idea, has been a longtime dream of the cyberpunk set. Most people thought it would remain in this aspirational realm for a while longer, but thanks to recent research by Brown University neuroscientist Takeo Watanabe, what has long been science fiction may soon become science fact.

To understand Watanabe’s breakthrough, it helps to know a little bit about the visual system’s plasticity—its ability to change. Twenty years ago, neuroscientists held that after a certain critical period, usually no more than the first 12 months of life, the entire visual system has become far too rigid for any real learning to take place. In other words, it has lost its plasticity.   This view of the brain started to change about 15 years ago, when Israeli neurobiologist Dov Sagi discovered that with intensive training in specific visual tasks, such as target orientation (the ability to look at a dot on the wall, look away, then look back at the dot’s exact spot), people much older than 12 months could improve their performance in those tasks. Sagi’s study of this “perceptual learning” in 1994 upended the concept of the rigid vision system.   Subjects in Sagi’s research still had to consciously train with visual cues before they saw any improvement. The learning did not manifest suddenly, as it did for Neo. But in 2011, Watanabe designed an experiment to see if something like automatic learning might be possible. He wondered if he could train the vision system without a subject’s knowledge, and without the use of a stimulus like a dot.