Love Is the Drug: Staring at a Beloved's Face Lessens Pain 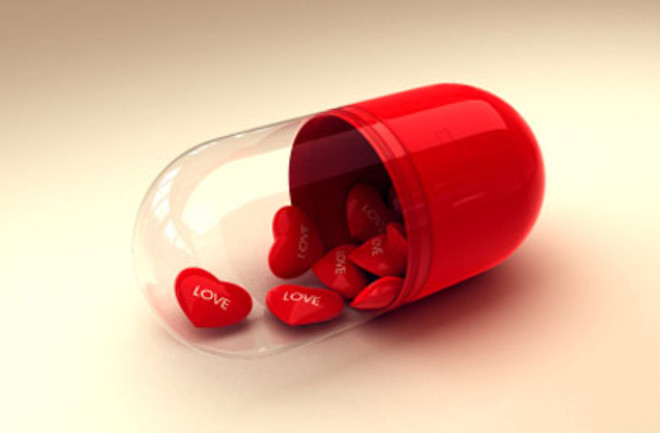 Staring at your beloved's face really can take the pain away and make everything better. A small but intriguing study has found that college students who looked at pictures of their beloveds felt less pain than others. The study, published in PLoS One, was a collaboration between the pain researcher Sean Mackey and the love researcher Arthur Aron, who wondered how their fields might overlap in the brain. First they put out the call for volunteers in the early, passionate stages of a relationship.

The authors recruited 15 Stanford undergrads who were "wildly, recklessly in love," said Mackey, adding that the recruitment process took "only days. It was the easiest study I've ever recruited for," he said. "Within hours they were all banging on my door, 'Study us! Study us!' When you're in that kind of love, you want the world to know about it." [HealthDay News]

At the lab, the 15 volunteers either looked at photos of their beloveds, or at photos of an "equally attractive" acquaintance. In a third variation meant to test the impact of a mental distraction, the volunteers were asked to perform a cognitive task like listing sports that aren't played with a ball. Then the researchers dialed up the pain, using a heated probe which they pressed against each person's palm.

The photo of the beloved and mental distraction appeared to reduce pain by about the same amount: 36% to 45% for moderate pain, and 12% to 13% for high pain. (The photo of the peer had no effect.) But when the scientists redid the experiment while scanning subjects' brains with a functional MRI, they saw that the photo and the mental-distraction task activated very different parts of the brain. [Los Angeles Times]

The fMRI scans revealed that the love-induced pain relief was linked to activity in the reward centers of the brain like the amygdala, as well as activity in the limbic areas associated with emotion. In contrast, the distraction-induced pain relief occurred mostly along cognitive pathways. The study may not lead to any practical treatments in the near future, says Mackey, but it may lead to new avenues of research.

"Will I be going back to my patients and prescribing one passionate love affair every six months? I don't know if I'm going there," Mackey said. "But it tells us there's a lot more to the experience of pain than just the injury." [Los Angeles Times]

For much more on love and sex on the brain, check out DISCOVER's special brain issue, on newsstands now. A section on "the science of sex" includes a Carl Zimmer article about where sex lives in the brain, a piece by yours truly on the intellectual component of lust, and an article by Paul Bloom on the rules of attraction. Related Content: 80beats: Can the Human Body Make Its Own Morphine?

Discoblog: In Terrible Pain? Then Head to an Art Museum!