Lots of Debt Makes Young People Feel Like They're in Control 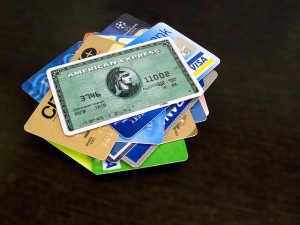 Money can't buy happiness---but debt might just be able to rent you self-esteem, a new study suggests. Being in the red seems to boost the self-confidence of people in their early-to-mid twenties, the researchers found. Using all sorts of data---financial, psychological, educational, you name it---collected every two years from 3,000 young adults as part of an enormous national survey, they were able to pick out this pattern: The more credit card debt and college loans young adults had, the higher their self-esteem and the more they felt in control of their lives. Even when the researchers took starting self-confidence into account---young people with higher self-esteem might be more willing to take out loans in the first place, for instance---the pattern remained. It's not clear cause and effect, since the researchers couldn't make some of the kids go into debt and the others say solvent, but it does suggest that being in debt may actually improve self-esteem. Um, what? Are these people's bills somehow way more fun than ours? Part of the effect is due to the fact that debt, especially school loans, are an investment the future, the researchers hypothesize. You've got to spend money to go to college to get a job that will make you money. Makes sense. But credit card debt seemed to buoy the twentysomethings' self-esteem the same way. "They may feel good about their debt only because it allows them to buy the things they want without having to delay gratification," sociologist Rachel Dwyer, one of the researchers, said in a prepared statement. In other words, getting what you want when you want it makes you feel awesome, especially if you can pay for it later. Right around that fateful 30th birthday, however, the stress of owing tons and tons of money seemed to kick in. Starting at age 28, the more debt people had, the bigger a hit their self-esteem took. This may be because if you ask an 18-year-old with a credit card how much money they expect to making by the time they reach the distant age of 30, they'll probably put the figure at around a bajillion dollars. By their late 20's, these folks "may be realizing that they overestimated how much money they were going to earn in their jobs," as Dwyer puts it. "When they took out the loans, they may have thought they would pay off their debts easily, and it is turning out that it is not as easy as they had hoped.” So: Owing money makes you feel empowered, because you use it to go to college and buy stuff. Paying that money back, for years, makes you feel not so great.