Looking to Have a Lucid Dream? There’s a Pill for That 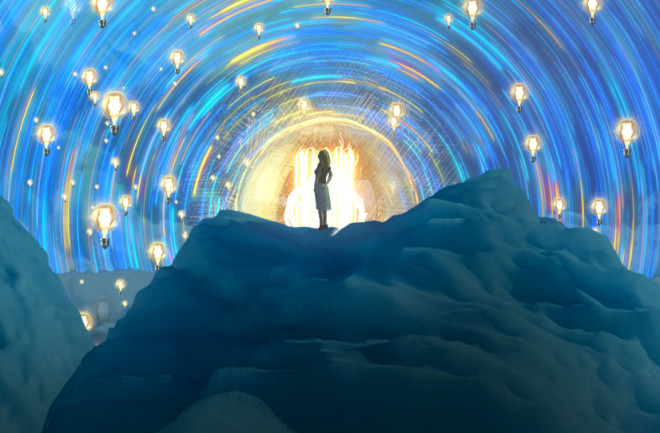 It’s possible to choose between being the captain or the co-pilot of your dreams. Lucid dreaming is a phenomenon that sees people taking control of the narrative of their dreams, often with thrilling results. Always wanted to fly? You can lift right off. Hungry for a giant cheeseburger? Dive right in.

Practitioners say that the technique requires discipline and patience to master. But there are also chemical shortcuts: supplements that seem to bring conscious control of the unconscious within reach for many. What’s more, the science behind these drugs says they likely work. However, unanswered questions about their safety and efficacy remain.

Finding a drug that opens the door to lucid dreams is no new pursuit: In 1988, one researcher found a food supplement called DMAE might help, though evidence is slim. Currently, a few different compounds meant to treat dementia are in vogue amid the lucid dreaming community. For example, a drug called galantamine is used to treat people with Alzheimer’s disease. It can have side effects such as nausea and dizziness, although these are rare. But lucid dreamers discovered that it can significantly increase dream recall and the odds of having lucid dreams. Galantamine can be purchased over-the-counter on Amazon, where some products even advertise lucid dreaming as a side effect.

Tests aimed specifically at exploring its effects on dreams seem to back these claims up. In 2018, galantamine was given to 121 patients in a double-blind, placebo-controlled trial, the only study of its kind. The patients were also given some instruction in lucid dreaming beforehand, so they didn’t come to the practice cold. But the results were still impressive. Some participants saw as much as a 42 percent increase in their ability to lucid dream, compared to self-reports from the past six months. Ten people experienced a lucid dream for the first time.

The results took researchers by surprise, according to Benjamin Baird, a postdoctoral research fellow at the Center for Sleep and Consciousness at the University of Wisconsin-Madison involved in the study. “It worked amazingly,” Baird says. “It was not at all clear that it would be this powerful of an effect.”

While the researchers aren’t sure yet why galantamine stimulates dream control, they have a clue. The drug blocks the breakdown of acetylcholine (ACh), an important neurotransmitter involved in learning, memory and REM sleep. The theory is that galantamine allows ACh to build up, leading to greater recollection and awareness during dreaming.

This is backed up by evidence that a few other dementia drugs that similarly block ACh breakdown also seem to increase vivid dreams. However, these other drugs haven’t been tested in clinical trials for this purpose, Baird says, so we don’t really know how well they work in comparison. For the moment, there’s really only the single trial with galantamine for scientists to go on.

However, some companies aren’t waiting for clinical data on different blends of lucid dream stimulators. A prominent example is Dream Leaf, a Utah company that sells many herbs, including galantamine. Their namesake product, however, is two red and blue pills, in a not-so-subtle nod to The Matrix. The blue pill contains mugwort and valerian root, two herbs commonly used for insomnia. Dream Leaf says they augment REM sleep, a phase in the sleep cycle when most dreaming occurs.

The red pill contains three chemicals related to ACh: choline, and two dementia drugs called alpha-GPC and huperzine A. There’s no hard evidence that any of these substances help with lucid dreaming, alone or in combination, Baird says. Alpha-GPC, for example, has been tested for lucid dreaming specifically, but no difference was found against placebo. Huperzine A, however, does block ACh breakdown like galantamine, so it could work in a similar way.

“We need more research really,” Baird says. “A lot of these other substances really haven’t been tested properly.” In the meantime, he doesn’t recommend taking unnecessary supplements.

There are other supplements littering the internet with similar promises, often with a proprietary blend of ingredients like huperzine A or galantamine. There are anecdotal reports that they work, but it could also come down to the placebo effect, says Baird. “Expectation and anticipation play a strong role in lucid dreaming,” he says. “If you have a really strong expectation like that it could have an influence.”

Some over-the-counter pills make a lot of promises — weight loss, potent sexual energy, mental prowess — but dream control is a relatively new one. While exploring the lucid dreaming world is attractive to some people, taking dementia drugs purchased online comes with its own set of risks. Without more clinical trials, we won’t know how effective or how safe these drugs are.

Or, you could simply try achieving a lucid dream without any chemical crutches. One of the most common methods is called Mnemonic Induction of Lucid Dreams (MILD), developed by Stephen LaBerge, a psychophysiologist and lucid dreaming expert. It’s a memory training technique that can help with dream recall, such as remembering to look for a “dreamsign,” or indicator that you’re dreaming. (The most popular example of this is the spinning top in Inception.)

Teaching yourself the MILD technique can require some trial and error, but Baird says he experienced a lucid dream the first night he tried it. Before taking a pill from an online vendor, it might be worth experimenting with the chemicals already in your brain.