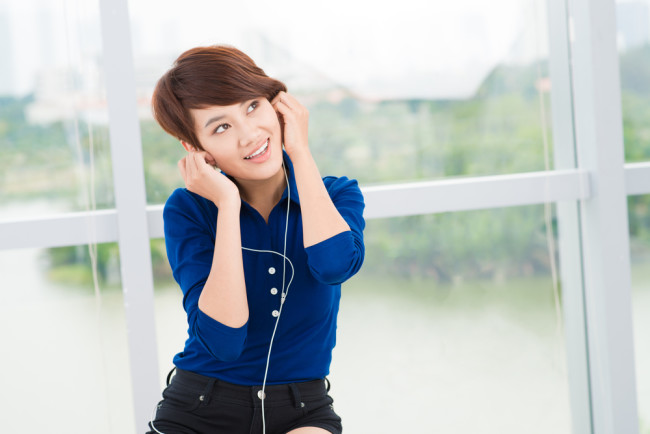 Activity in a particular part of our brains while listening to new music reveals whether we enjoy the tune, and even how much we’d be willing to pay to hear it again.­­ Neural activity in the nucleus accumbens

(NAcc), part of the brain’s ventral striatum, can predict how much a listener likes a particular piece of music when heard for the first time, according to research

published in Science. Researchers used functional magnetic resonance imaging to observe neural activity in 19 participants as they listened to samples

of 60 musical selections they had not previously heard. While tuned in, the individuals could bid as high as $2.00 (Canadian) in a simulated online auction to purchase the music they enjoyed. Several areas of the brain showed increased activity when listening to the unfamiliar selections, including the amygdala and ventromedial prefontal regions, as well as, unsurprisingly, the auditory cortices. But researchers found that only significant increases in NAcc activity were associated with perceiving greater value in a given sample, and that perceived value---indicated by the amount an individual was willing to bid on the music---was proportionate to the degree of NAcc activity, including increases in functional connectivity with the other involved regions. The NAcc, as part of the brain’s ventral striatum, is associated with perceptions of reward and pleasure. While it is perhaps not surprising, then, that the NAcc would be involved in music appreciation, this study is the first to find a direct link between increases in NAcc activity and how much an individual would pay to hear the piece of music again. Although it appears there is great similarity between individuals in how we perceive value in new music, researchers were quick to point out there are significant differences in what we value. Personal musical preferences are typically based on culture, musical knowledge and previous listening experiences---which explains why one NAcc may get fired up hearing Slayer while another shows the same neural activity listening to Justin Bieber. Image courtesy Dragon Images / Shutterstock