Many of the people I socialize with in "real life" have a biological sciences background. That being said, a relatively deep understanding of ncRNA does not give you any better sense of behavior genetics than the person off the street. And of course when you have a small child conversation often goes in the direction of how you want to raise the child so as to maximize their outcomes. Setting aside the particular normative valence of those outcomes, I am always struck by the power people think parents have over their child's life path. This is not to say parents don't have power. There are many young people who have college degrees because of parental expectations. Or, perhaps more precisely the social expectations which the parents set in motion by selecting the milieu of one's children. Yet so many times I've been in a conversation where the phrase "I lean toward nurture" has come up. These are not dogmatic "blank slate" individuals. Rather, they are simply falling back upon the null or default of our age.

But for me here is the irony: I think it is arguably the case today we live in a world where nurture matters far less in variation in outcome of exactly the people who 'lean toward nurture.' Let me repeat: when you remove environmental variation by providing a modicum of comfort , you are left with genetic variation! There were times in the past when 'nurture,' in other words the hand that environment dealt, was much more influential. And yet during those periods it was nature which was ascendant.

In 2004 the General Social Survey asked a question where respondents were asked to decide between "genes play major role in determining personality" and "experience determines personality." For various reasons I do not think that the question was good, but, the responses are illustrative of the unanimity we've achieved in American society on some questions. 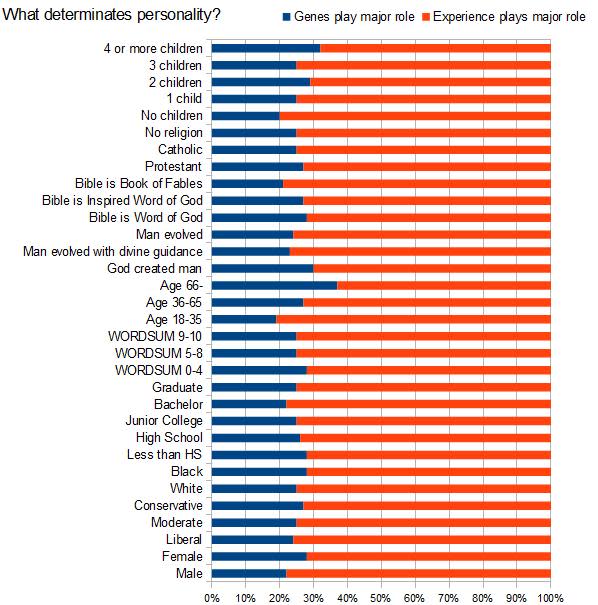 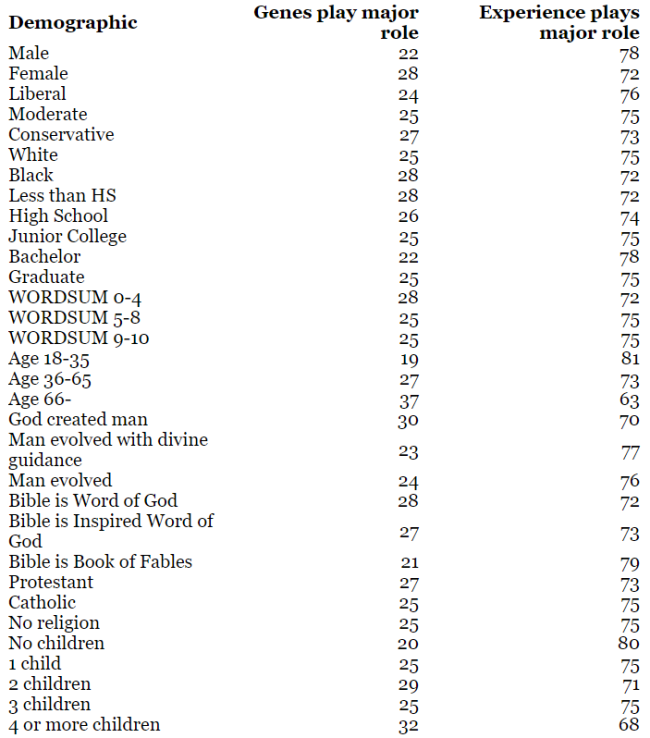