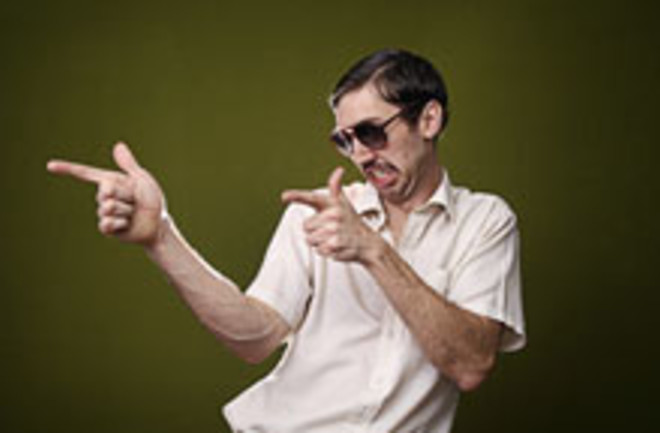 As any comedian will tell you, bad humor can be a dangerous thing. Comedians who flop have been known to be attacked on stage, or at the least, publicly ridiculed. While science has explored the underpinnings of successful humor, researchers have stayed away from bad humor (at least in their academic pursuits)—until now.

"What did the big chimney say to the little chimney?

Bell says she found the joke online after Googling for "bad jokes." Volunteers managed to work the chimney joke into 207 different conversations, including some awkward ones in elevators. The reactions of people on the receiving end of the bad joke were surprisingly hostile, the study [subscription required] found. About 44 percent of the reactions were considered "impolite," ranging from mild scolding, insults, and sarcasm to outright profanity. Mostly, the harshest attacks came from close friends and family—a possible attempt from those closest to us to discourage us from future attempts at awful humor. The rudest responses came from kids who were told the joke by their parents. Bell thinks another reason why bad jokes incur such wrath is that people generally have a rather lofty view of their own sense of humor, and seem to take lame jokes as an insult against their intelligence. Except for us, of course—we know we're hilarious, so even a bad joke won't sway us. Related Content: DISCOVER: What's So Friggin' Funny? DISCOVER: The Biology of... Humor DISCOVER: Women Don't Understand (Why Adam Sandler is Funny)Image: iStockphoto