Ketamine Might Help Alcohol Addiction by Rewiring the Brain

Ketamine may help change drinking habits by promoting neuroplasticity. But questions linger over the treatment's ethics and safety. 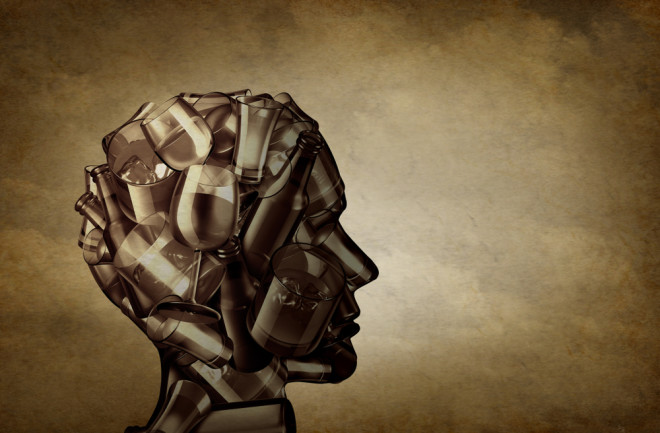 Alcohol misuse is a huge issue across the world, accounting for 4 percent of deaths and 5 percent of the burden of disease globally. It’s well-known that staying sober is the key to reducing alcohol-related harm, but unfortunately, treatments for alcoholism are limited in their effectiveness, and people often relapse after only a short time.

Over the last decade, there has been growing interest in the use of the dissociative anesthetic and scheduled drug, ketamine, to treat alcohol addiction. It’s traditionally used to induce and maintain surgical anaesthesia, but can legally be used off-label —sometimes in conjunction with psychotherapy — in the hope of sustaining abstinence for longer.

Clinics across the globe are offering ketamine infusions designed to help patients overcome addiction, and reduce the symptoms of psychiatric disorders. It’s making a controversial treatment choice, partly because this drug is commonly abused by recreational users — it holds the ability to make people feel dreamlike and detached, as well as relaxed and euphoric.

The UK’s first publicly accessible ketamine-assisted psychotherapy clinic — Awakn — opened in Bristol recently. Grounded in medicine, it’s run by trained professionals including a doctor, psychiatrist, psychologist and several research scientists. For a charge of around $8,300, patients participate in a course of nine psychotherapy sessions, with three incorporating low-dose ketamine infusions to boost the healing power of the therapy.

Discover spoke to the team at Awakn to find out more about ethics and safety in this emerging industry.

Firstly, is it safe to use a dissociative anesthetic during a therapy session?

Celia Morgan is the head of ketamine-assisted psychotherapy for alcohol use disorder at Awakn and a scientific researcher at the University of Exeter. She says, “When used correctly, ketamine is very safe — it’s administered daily in casualty departments across the world during minor surgical procedures. We use ketamine at much lower doses than it’s used as an anesthetic. And all patients are carefully screened and fully monitored throughout, as safety is a priority.”

Can it ever be ethical to treat alcohol addiction with a dissociative drug, such as ketamine? Surely you’re just replacing one addiction with another, even with small doses?

According to Professor Morgan, ketamine-assisted psychotherapy is a short-term treatment that leads to sustained behavior change and significantly improved abstinence rates. None of the existing studies saw people go on to ketamine dependence, possibly because the drug was not used on an ongoing basis.

She says, “This is why we think the therapy plus ketamine package is so important — it provides a safe container for these experiences, and patients understand the drug to be working with the therapy. After all, the drug is a catalyst but the therapy is where the healing truly takes place.”

“Interestingly, Bill Wilson — the co-founder of Alcoholics Anonymous — actually considered including LSD in the program to help people struggling with the spirituality aspect, but he was dissuaded. Since then, they've been very anti-drugs, though members can take antidepressants. If we can see ketamine as medicine, as we should, then perhaps its use wouldn’t be considered so problematic for organizations like AA,” she explained.

Experts were unsure whether ketamine is definitely effective in treating alcoholism until recently. In fact, the American Society of Ketamine Physicians, Psychotherapists and Practitioners still notes that ketamine therapy isn’t a panacea for the general public experiencing stress or pain, and even argues that mainstream advertising for quick and easy access to an instant mood boost is harmful.

Until 2020, only two large studies suggested that ketamine could successfully reduce alcoholic relapse. They were carried out in Russia during the 1980s, but were limited in scope as participants chose whether they were assigned to the ketamine or control group. Those electing to receive the drug had three intravenous ketamine treatments combined with psychotherapy, while the other simply had psychotherapy — the results showed that 66 percent of patients who received ketamine were abstinent one year later, in comparison to 24 percent of the control group.

Since then, it’s been hypothesized that the increased level of abstinence among ketamine patients was the result of the drug’s acute antidepressant effect, and ability to improve the learning of new information.

Several studies have suggested that people struggling with addiction are more likely to have low levels of neuron and synapse growth — also known as neurogenesis and synaptogenesis — in the nervous system. This means they’re more likely to struggle to learn new information, such as alternative ways of conceptualizing situations.

It’s been hypothesized that ketamine is especially beneficial for people struggling with addiction, as it stimulates the growth of neurons and synapses in the nervous system, in turn boosting the efficacy of psychological therapy.

Morgan explains “From 2016 to 2020, the University of Exeter KARE study tested the impact of ketamine on alcohol use disorder (AUD). It measured 96 participants’ percentage of days abstinent and relapsed at six months, along with depressive symptoms, craving, and quality of life. The Medical Research Council-funded trial showed that a combination of ketamine and therapy demonstrated a clear capacity to improve the lives of people struggling with alcohol problems, and reduced drinking over a six-month period.”

So what’s the future of psychedelic-assisted psychotherapy in treating alcohol addiction?

Morgan says, “With drinking habits increasing during lockdown, we are now facing a significant increase in mental disorders and addictions to all substances, of which AUD is by far the most concerning.”

“Given the results we've seen from the KARE study and other psychedelics, we think this will be a real growth area — these drugs when combined with therapy are safe and have really long lasting effects so bring new hope for patients where previous treatments have failed.”

As we all know there’s no quick-fix cure or magic wand capable of reducing the symptoms of alcoholism or the underlying mental health problems, but perhaps psychedelic-enabled psychotherapy offers our best hope for the future — only time will tell.