Is Patriotism a Subconscious Way for Humans to Avoid Disease?

We're not very aware of the “behavioral immune system,” but it may push us toward life-saving behaviors. 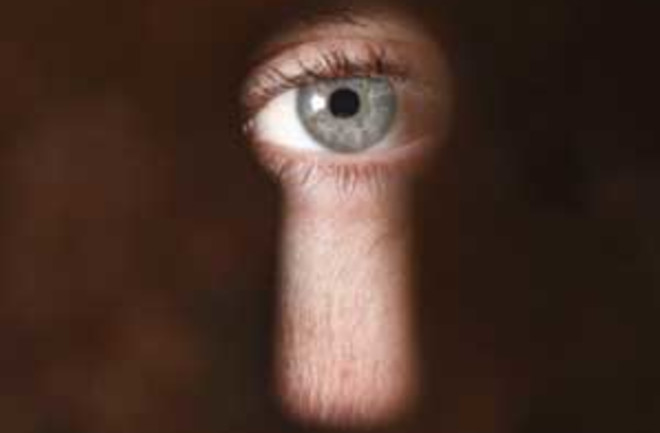 The long battle between humans and infectious microbes has left its marks all over us.

It shows up most obviously in the way our bodies are constructed. The thousands of species of bacteria that swarm over us cannot penetrate our multilayered skin. Entry points, such as the eyes and nose, are bathed in moisture to help flush out pathogens. The lining of our lungs releases bacteria-killing compounds. Viruses that manage to infect cells are greeted by proteins that attempt to shred them into genetic confetti. Any pathogen that sneaks past all these defenses then faces an army of immune cells, which can devour and destroy the invaders. Immune cells can also manufacture antibodies, which allow them to launch swift attacks if they encounter the same infection elsewhere in the body.

This elaborate defense system dates back billions of years. Our single-celled ancestors were infected with viruses; when they got bigger they were infected with bacteria; and after they evolved guts, those guts were infected with worms. Any mutation that offered even a little protection against those pathogens had a chance to be favored by natural selection. Over thousands of generations, mutation upon mutation built up our diversity of immune cells, signals, and weapons. There was never a point at which our defenses stopped evolving, because the pathogens were evolving as well. New generations of invaders slipped past our lines of defense, spurring the evolution of immune upgrades.

But it is not just our bodies that have been shaped by this tug-of-war. A number of scientists now argue that the battle against disease has left an indelible imprint on our minds as well.

Over the past few years, Mark Schaller, a psychologist at the University of British Columbia, has been developing an intriguing theory that behavior can be just as effective as microbiology at warding off disease. According to this theory, we have what Schaller calls a “behavioral immune system.” It’s a way of responding to the outside world, and to the people around us, that is so deeply embedded in our minds that we are hardly aware of it.

Schaller and his colleagues have been busily running psychological experiments to test his hypothesis. The results so far are preliminary but provocative. If Schaller is right, this behavioral immune system may prove to have a big influence on our day-to-day lives. It might even influence human nature on a global scale, shaping cultures around the world.

If the familiar, biological immune system were foolproof, it would be pointless to evolve a behavioral immune system too. In reality, however, our defenses are far from perfect. Some pathogens can disguise themselves well enough to go unnoticed, and others breed so fast that our immune systems cannot keep up. Then again, sometimes our immune system succeeds too well, using such overwhelming force against pathogens that it damages our own tissues in the process.

Not getting infected in the first place is a far safer alternative. Scientists have discovered a wide variety of animal species that use behavioral strategies to avoid becoming sick. Some caterpillars blast their droppings like cannons so that parasitic wasps that lay eggs in the droppings won’t be able to follow their scent. Sheep instinctively avoid grazing on grass near their own manure, advantageous because many sheep parasites release their eggs in the animals’ droppings. A female mouse can smell the difference between a healthy male and one infected with intestinal worms. She will avoid the latter and mate with the former.

Our closest living cousins, the chimpanzees, also display behavioral responses to signs of disease. When the primatologist Jane Goodall observed chimps in the 1960s, one of her subjects was a male she called McGregor, who suffered from polio. He dragged himself around by his arms after his legs became paralyzed, and his loose bladder attracted clouds of flies. Before McGregor got sick, he enjoyed hours of grooming from other chimpanzees, who picked out fleas, mites, and other parasites from his fur. But Goodall watched in amazement as the other chimpanzees stayed away from him once he became ill.

None of these animals has a medical degree. None of them has ever read about the germ theory of disease. Instead, they have evolved disease-avoiding behaviors, including specific responses to specific cues from other individuals, that operate on a purely instinctual level. Schaller and his colleagues see strong evidence that humans have evolved these kinds of behaviors as well. Just as in other animals, these human behaviors aren’t the result of carefully reasoned decisions. They are driven by overriding feelings that we just cannot explain.

Our ancestors evolved strong responses to signs of sickness in others, from strange rashes to loud coughs. In some cases these signs may not actually indicate illness; a person with a dark stain across his face may not have a disfiguring disease but just a harmless port-wine birthmark. Nevertheless, the best strategy for the behavioral immune system is to over­react. Before the age of medicine, ignoring a possible sign of smallpox or plague might have turned out to be fatal.

Lesley Duncan, one of Schaller’s graduate students at the University of British Columbia, tested this hypothesis by showing a group of test subjects pictures of two men. “Bob” had a port-wine birthmark on his face, but Duncan informed her subjects that it was superficial and that Bob was strong and healthy. “Jake,” on the other hand, looked normal, but Duncan told the group that he was sick with drug-resistant tuberculosis.

Duncan then had her participants take a test designed to draw out their unconscious associations with the concepts of disease and health. Each subject had to identify a picture of Bob or Jake on a computer screen by pressing a key with either their left or right hand. Between pictures, words like illness and strong would appear on the screen, and subjects had to choose their relation to disease or health by pressing keys, again with the left or right hand. The computer recorded their reaction time on each trial.

Duncan concludes that the behavioral immune system can respond so strongly to superficial facial disfigurement that it often is not overridden by explicit, rational knowledge to the contrary.

People who have lived with higher levels of disease tend to develop cultures in which social contact is under more control.

The behavioral immune system may also produce an instinctive distrust of strangers. Strangers, after all, may carry diseases against which a person has no immune defense. (Just look at what happened to the Aztecs when the Spanish conquistadors showed up with smallpox.) To see if diseases influence how we think of foreigners, Schaller and his colleagues set up another experiment. They had one test group watch a slide show about the health dangers of germs. The researchers then told these subjects that the government would be spending money to attract immigrants to Canada; the participants had to decide how much money ought to be spent to get people to come from certain countries. Another group of participants were asked to do the same thing after watching a slide show on dangers of everyday life that were not related to disease, such as accidental electrocution. Schaller predicted that the slides about germs would trigger a rise in xenophobia. Sure enough, the subjects who watched the germ slides were inclined to spend more money to recruit immigrants from familiar countries and less money to attract people from unfamiliar ones.

Another prediction of the behavioral immune system hypothesis is that we are more vigilant against getting sick when we are more vulnerable to disease. Carlos Navarrete, a psychologist at Michigan State University, and his colleagues looked into this issue by studying pregnant women. Infections are especially dangerous during the first trimester. When a woman first gets pregnant, her immune system is suppressed so it does not accidentally attack the fetus. In later months the immune system returns to normal and the fetus develops an immune system of its own.

Navarrete and his colleagues had 206 pregnant women read two essays that were written, they were told, by students. One of the essays was by a foreigner who criticized the United States, the other by an American who praised the country. The women then had to rate the essayists for their likability, intelligence, and other qualities. Women in the first trimester were more likely than those in the second or third trimester to give a high score to the American and a low score to the foreigner. The pregnant women’s vulnerability to infection, Navar­rete concludes, brought with it a heightened disapproval of foreigners.

Schaller and his colleagues have performed a number of other experiments that support the idea of a behavioral immune system. At this point the evidence remains circumstantial, and the whole concept is still a fairly speculative hypothesis. But it is one worth tracking, because its implications could be huge. Distrust of strangers or unusual-looking individuals is not something that happens in a vacuum. People share these feelings with other people, and those shared feelings may be powerful enough to shape an entire culture.

Schaller and another of his graduate students, Damian Murray, tested this last possibility by tallying up the prevalence of diseases in 71 regions of the world. The researchers then looked at surveys of personality traits in those regions. In countries like Nigeria and Brazil, which have historically suffered high levels of disease, people were found to have (on average) less promiscuous views of sex and to be less open and extroverted than people in low-disease countries like Sweden and Canada. Their cultures also tend to put a higher premium on collectivism than on individualism. In other words, people who have lived with higher levels of disease tend to develop cultures in which social contact is under more control.

Perhaps the culture wars are, to some extent, parasite wars.