Is Maternal Instinct Backed by Science? 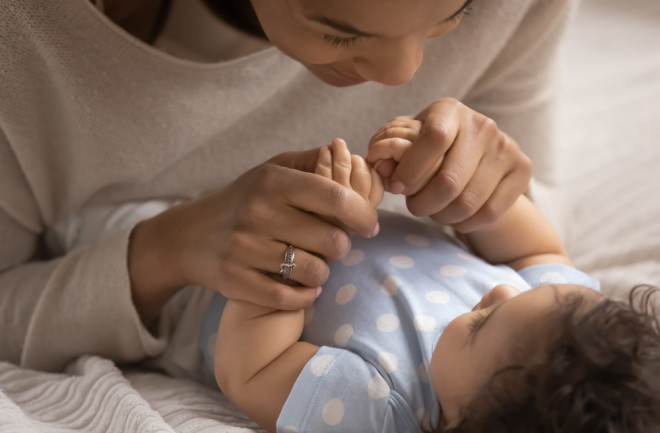 When I noticed our 14-year-old son drinking more water than usual, I commented to my husband that sudden thirst may be a sign of diabetes. We’re in the midst of a heat wave, he countered. A few days later our son seemed unusually tired, and I again mentioned the possibility of diabetes. Our son’s summer days were filled with sports and building sets for a play, my husband responded.

After my son told me he’d been up all night going to the bathroom, I finally called his pediatrician. As it turned out, his blood sugar levels tested dangerously high. Already thin, he had lost 11 pounds in the three months, despite eating more than usual. As we headed to the children’s hospital for emergency treatment, I told the pediatric nurse I’d suspected diabetes but didn’t call because my husband kept coming up with logical explanations. “The mother’s gut is always right,” the nurse said.

But is there such a thing as maternal instinct? Not exactly, scientists say. It is true that while pregnant, breastfeeding and caring for a new baby, mothers undergo hormonal changes that prime them for caretaking, says Helena Rutherford, a researcher at the Yale School of Medicine’s Child Study Center. These hormones, including oxytocin or the ‘love’ hormone, encourage bonding between the infant and mother.

And after birth, moms are aided by cues from the baby rather than simply relying on an innate sense of her child’s needs. So new mothers don’t necessarily have all the answers right away.

“It’s a process. It’s not a switch — I don’t think the science backs up the existence of maternal instinct,” says anthropologist Sarah Blaffer Hrdy, who has authored books on family bonds including Mothers and Others.

The brain undergoes significant transformations during pregnancy, including structural changes that can linger up to six years afterward, says Elseline Hoekzema, a neuroscientist at Leiden University in the Netherlands. She and her colleagues found that pregnant mothers’ brains experience a reduction in gray matter volume, as reported in a 2016 Nature Neuroscience study, which could be the body’s way of prepping them to care for infants.

Adolescence also involves significant reductions in gray matter, which are driven by some of the same hormones that also surge in pregnancy, Hoekzema wrote. Within teens’ brains, neural networks are finely tuned to allow for emotional, social and cognitive developments.

And among pregnant women, scientists observed the most apparent changes in brain regions associated with social processes; this could represent a specialization within the brain that enables the pending transition to motherhood, Hoekzema noted.

It's possible that the more volume a woman loses in a key region of the brain's reward circuit, the stronger this region reacts after seeing her newborn, according to a 2020 Psychoneuroendocrinology paper that Hoekzema co-authored.

These changes during pregnancy may help a mom care for her baby — a phenomenon also observed in other mammals. For example, rat mothers become better at catching crickets. As for humans, these adaptations enable important maternal skills, such as recognizing her infant’s needs or spotting an external threat.

The hormones associated with pregnancy and caregiving, which certainly seem like a source of what many would call maternal instinct, can also rise in individuals besides the child’s mother. While it’s widely known that nursing mothers’ bodies produce oxytocin, which has a calming effect, fathers, adoptive parents, grandparents and other caregivers also undergo biological changes due to spending time with children, says Rutherford of the Child Study Center.

In addition to lactating, carrying a baby next to your body (also known as kangaroo care) also elevates oxytocin levels. “It’s a really powerful hormone,” Rutherford says. “It’s my gut instinct you don’t have to go through pregnancy” to be attuned to your baby’s needs and form powerful bonds, she says. “Motivation to care is enough.”

From an evolutionary standpoint, moms have served as caregivers, protectors and nurturers, she says. Mothers develop a heightened anxiety around their children’s wellbeing and pay especially close attention to them, Rutherford says, which aids the survival of the species.

But newer evidence allows for more nuance: Researchers have noticed that during their child’s first six months of life, both new mothers and fathers experience increased levels of oxytocin. What's more, parents don't seem to exhibit any difference in oxytocin levels, as demonstrated in a 2010 Biological Psychiatry study. Research has also suggested that the source of oxytocin increases may vary between men and women; men may experience boosts of the hormone through high levels of stimulatory contact, while women may experience it via plenty of affectionate touch.

It is also thought that gay fathers’ brains show similar responses to their infants when compared to heterosexual parents, according to research published in PNAS in 2014. The more time they spent with the baby, scientists found, the greater the connection between the emotional and cognitive structures. Similarly, foster mothers’ oxytocin levels rose in response to the infants in their care similar to that of biological mothers, as reported in a 2013 Child Development paper.

It Takes a Village

Humans didn’t evolve in nuclear families, points out Hrdy, the anthropologist, but rather in  extended ones. Today, babies may form attachments to about five individuals in addition to their mother, says Hrdy, who co-wrote a chapter on the topic in the book Evolutionary Perspectives on Infancy.

She uses the term allomothers to refer to the aunts, uncles, grandparents and older siblings who help care for young children. Allo means “other than'' in Greek. Early in human history, postmenopausal women gathered more food for the family than moms capable of childbirth, and they served a critical supporting role in the family’s survival. Access to a social safety net still allows moms to tend more closely to their children's needs, though this scenario is more common in wealthier families.

In a worst-case scenario, infanticide can result from a lack of such support, she says, and may explain why women have abandoned their babies throughout history. She offers similar reasoning to why the behavior has continued into modern times. After all, parenting can be extremely challenging on one’s own. Rutherford says she’d like to see society’s idea of motherhood “move away from this idea that motherhood is all joy and rainbows. It’s cognitively demanding, emotionally demanding. It’s as stressful as it is joyful.”

A woman’s level of ‘maternal instinct’ — if such a thing exists — indeed depends on much help they have with parenting, Rutherford says, along with how they were raised, their caregiving knowledge, and how easy or difficult their pregnancy and childbirth experiences were.

Overall, researchers seem to agree that some parents, regardless of gender, are more aware of their children’s moods and health fluctuations than others. What passes as maternal instinct may actually result from a combination of motivation and quality time spent with their children.

But “how uniquely maternal or female it is, we don’t really know,” Hrdy says, as more research is currently underway. “It’s such early days.”

More From Discover
Technology
Text-To-Image AI: Powerful, Easy-To-Use Technology For Making Art – And Fakes
Planet Earth
What Coffee Means to 6 Different Countries
Mind
Nostalgia and Thinking About the Future Can Be Good For You
Health
Could COVID-19 Be Changing Who We Are?
The Sciences
Was Nefertiti Egypt’s Leading Lady Before King Tut?
Planet Earth
Where is the Lost City of Atlantis — and Does it Even Exist?
Recommendations From Our Store
My Science ShopDiscover STEM Kits
My Science ShopDiscover 2022 Calendar
My Science ShopStrange Science
My Science ShopElements Flashcards
Shop Now
Stay Curious
Join
Our List