Is It Possible to Systematically Turn Gay People Straight?

A century of treatments have ranged from horrifying to horribly unscientific. 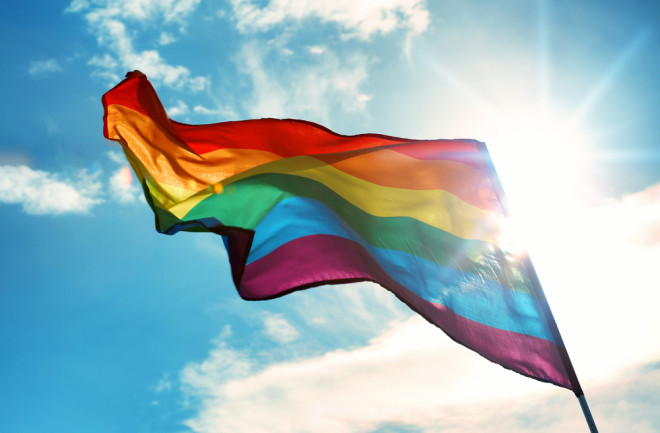 Joseph Nicolosi, a psychologist in Encino, Calif., says he can rid adults, teens, and even children of homosexuality. For nearly 30 years, he has offered a "psychodynamic" form of reparative therapy for people — mostly men — seeking to change their sexual orientation.

"If [a patient] can accept his bodily homoerotic experience while staying connected to the therapist," he wrote in The Paradox of Self-Acceptance, "the sexual feeling soon transforms into something else: the recognition of deeper, pain-generated emotional needs which have nothing to do with sexuality."

He cites the following case: A 43-year-old married accountant was recalling another man that he had seen at the airport while on a business trip. "This had awakened his sexual fantasies and dreams. I asked him to hold onto that image and observe his bodily sensations while staying connected to me. As he did, he felt an intense sexual longing. But as he followed that fantasy through an imaginary sexual scenario, quite unexpectedly, he then experienced an embodied shift to sadness, longing, and emptiness. In tears, he spoke of his sense of deep unworthiness. 'I would just love him to be my friend! He's the kind of guy that I always wanted to be close to. How much I just want to be friends with a guy like him.'"

All the major psychiatric organizations, including the American Psychological Association and the American Psychiatric Association, have warned against therapies that try to change sexual orientation. Both APAs have ruled that these therapies are unscientific and possibly harmful — not to mention unnecessary, since homosexuality was officially de-classified as an illness in 1973, and therefore can't be "cured." As such, sexual orientation change efforts (SOCE) are rarely practiced by mainstream mental health practitioners, while many therapists are concerned that anyone who does try to change through therapy may do themselves more harm than good.

Still, practices like Nicolosi's have persisted, as has the debate over whether sexual orientation can — or should — be changed. So on August 5, the APA's Council of Representatives took the strongest stand yet, passing a near-unanimous resolution urging mental health professionals not to tell clients that they can change their sexual orientation through therapy or any other methods.

The paper presented at the APA meeting was "the most thorough comprehensive review of the literature ever done, and used the highest standards of analysis," says Judith Glassgold, a psychologist who led the task force. It covered every major peer-reviewed study on SOCE conducted between 1960 and 2007, and found "serious methodological problems" with almost all of them. The few that did have "high-quality" evidence "show that enduring change to an individual's sexual orientation is uncommon," and that treatments intended to change sexual orientation may cause harm, including depression and mental distress.

Homosexuality was officially labeled a mental illness in the U.S. in the 1950s. The debate over same-sex attraction was not new: Sigmund Freud reported on one deliberate attempt to change the sexual orientation of a young woman who'd been brought in for involuntary treatment by her parents. He was unsuccessful, and concluded that attempts to change homosexual orientation were likely to fail.

Experimental treatments were performed throughout the mid-century, sometimes in high profile cases. In 1952, renowned mathematician Alan Turing was convicted of gross indecency in the U.K. after admitting to a sexual relationship with a man, and was forced to submit to estrogen injections as a form of "experimental chemical castration." Two years later, he committed suicide.

Throughout the 1960s and into the mid-70s, treatments in the U.S. mostly consisted of aversion therapy — teaching subjects to associate a strong feeling of dislike or disgust with same-sex attraction until the attraction disappeared. Given that homosexual activity was also criminally prosecuted in the U.S. at that time, the majority of people seeking to change were men who either faced prosecution or feared facing it in the future.

Not all treatments were so gruesome: Lionel Ovesey, a Columbia University psychoanalyst and author of Homosexuality and Pseudohomosexuality, created a behavioral method in the 1960s. It was based on the idea that homosexuality originated from a fear of taking on the normal qualities of one's gender. Ovesey studied a clinically disturbed group of patients and summarized their unconscious minds as follows: "I am a failure = I am not a man = I am castrated = I am a woman = I am a homosexual." His view mirrored the belief of many clinicians at the time: that homosexuality was based on a phobia of the opposite sex.

Befitting the times, the mainstream mental health community no longer advocates change treatments, but instead supports approaches that help patients cope with the stress and stigma of being a sexual minority. Still, SOCE is still being practiced within a small group of mental-health practitioners, most of whom cater to a population whose religious beliefs strictly bar homosexuality.