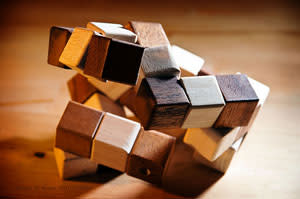 What’s the News: In the long-running debate over the differences between men and women, one mental skill has emerged as being perhaps more biologically rooted than any other: the ability to solve problems involving physical spaces, shapes, or forms

. Many studies have concluded that men simply seem to have an inherent advantage in this area. But a new study of two tribes in Northern India is suggesting that the gender gap we see in spatial skills may be partially due to culture

rather than raw biology. This finding may affect the way researchers look at gender differences, but it will surely not settle the question, considering that it's one study of a small group of people living in one limited environment. How the Heck: