Is Alzheimer's Like a Strange Form of Brain Cancer?

Biochemist Peter Davies thinks the majority of research is on the wrong track: The disease is caused by improper cell division, not plaques or tangles 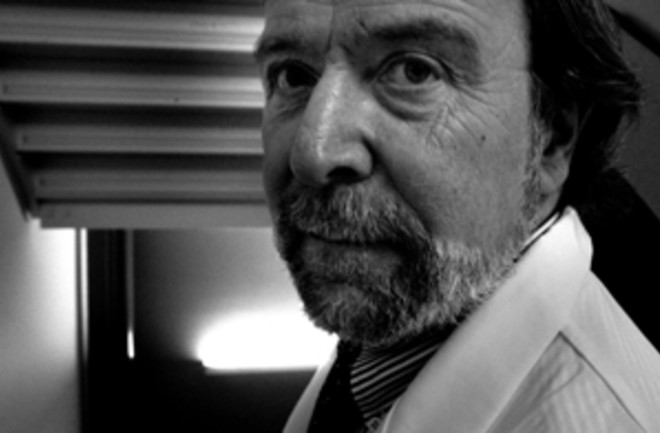 Biochemist Peter Davies began investigating Alzheimer’s disease in the 1970s, long before its full impact became clear. By 2030 roughly 7.5 million Americans will have this debilitating neurodegenerative disorder. Already Alzheimer’s costs the country $148 billion a year; we urgently need to find the cause—and a cure. For years the prevailing theory was that memory loss was caused by protein fragments, so-called plaques and tangles, that accumulate in the brain. Davies, now at the Litwin-Zucker Center for the Study of Alzheimer’s Disease and Memory Disorders in Manhasset, New York, suspects a different culprit. His hunch is that the mechanisms controlling cell division have gone wrong—somewhat like what happens in cancer—and that plaques and tangles are the result. In the quest for answers, Davies has led hundreds of studies and examined more than 6,000 brains.

If we have known about Alzheimer’s since 1906, why do we still not understand it?  By the time we get to look at the brain of a patient with Alzheimer’s, it’s really end-stage disease. Alzheimer’s is an agonizingly slow process, so by the time we get to study the disease itself during its late stages, all kinds of things have gone on that may be just consequences of disease rather than causal.

What is the most pressing issue today in the field of Alzheimer’s research? It’s really an issue of what comes first, the chicken or the egg. The majority of people in this field today believe that the plaques, made of a protein fragment called beta-amyloid pep­tide (BAP), come first, and that the accumulation of this material causes the rest of the disease. We call them the BAPtists. The other side of the disease is the tangle, made of a protein called tau. TAUists believe that this protein comes first. If you are a BAPtist, you believe that the amyloid is the most important, so you work on ways to prevent or block the production or formation of amyloid in the brain.

But you don’t think Alzheimer’s is caused by either plaques or tangles, right? I believe these abnormalities are results of the disease process. We have looked at cancer cell processes in Alzheimer’s disease to see if they might have the ability to cause the disease and the plaques and tangles that are such striking features. I know it sounds off, that Alzheimer’s disease might be similar to brain cancer. But this came from work in my laboratory and others that suggested that nerve cells in affected regions of the Alz­heimer brain looked like they were trying to divide. Several of the proteins characteristic of cancer cells seem to show up in these nerve cells, and this is very abnormal. One research group [led by a former student] made mice with adult brain cells and forced them with a viral gene to turn on cell-division machinery. What happened was dramatic: The mice showed the same evidence that cell division mechanisms were turned on, and then showed cell death, tangles, and plaques—a lot like Alzheimer’s disease. We are trying to find out exactly how and why the nerve cells in the Alzheimer’s brain decide to turn on their cell division system.

How will knowing the cause of Alzheimer’s change the way we treat it?  Right now the treatment we have is for the symptoms of the disease rather than the disease itself. We really want to slow down the progress of the disease at an early stage. If we understand the process, hopefully we can slow it down, prevent it, or stop it by interfering with the lesion formations. Let’s say I understand precisely what is going wrong in the brain of a patient. The next thing I want to do is figure out how to accurately diagnose the disease very early, because that way I could save a patient who still had some functioning. I don’t want a treatment that simply stops the process in late stages and leaves me with an incapacitated patient. We’re working on ways to accurately diagnose the disease early. That’s not a trivial matter. If we were working on something that wasn’t quite so uniquely human, it might be an easier task.

When will we have a cure? This is an incredibly exciting time right now because the research community has more than 600 clinical trials going. Hopefully one of them is going to hit. There are a variety of creative approaches, from drugs to monoclonal antibodies, and it’s hard to overstate the importance of that. If the beta-amyloid hypothesis is correct, then the clinical trials we are doing right now might stop or prevent this disease. One of the hundreds of trials in the field is actually going to provide an effective treatment for this disease; that’s my hope, anyway.

People say that Alzheimer’s will soon swamp the health care system. Do you agree? This is an epidemic in a very real sense. Alzheimer’s will kill you, but it will take its sweet time doing it. You start with a kind of memory impairment where you forget where you put your car keys, but you end up with somebody completely nonfunctional, unable to speak or recognize their own kids. We’re not doing nearly enough. I don’t think this has really dawned on the health care system yet. The pharmaceutical industry is heavily invested in Alzheimer’s now, but it took a long time to get that attention. In 2050 there will be something like 16 million patients with the disease. There’s no way we can afford that. Most of those patients will end up in a nursing home costing at least $40,000 a year. Multiply that by 16 million. There’s no health care system in the developed world that can afford that. It’s outrageous.