A remarkable paper claims that staying off Facebook for a week could make you happier: The Facebook Experiment, by Morten Tromholt of Denmark. 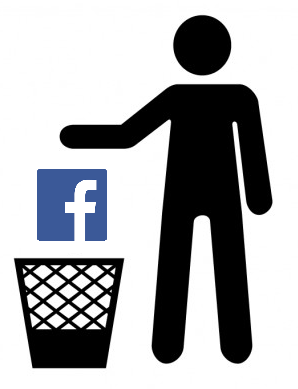 What makes this study so interesting is that it was a randomized controlled trial (RCT) and so was able, at least in theory, to determine whether quitting Facebook actually causes changes in well-being. Previously, there has been lots of research reporting correlations between social network use and happiness, but correlation isn't causation. Tromholt recruited (via Facebook, of course) 1,095 Danish participants, who were randomly assigned to one of two conditions. The 'treatment group' were instructed not to use Facebook for one week, and were recommended to uninstall the Facebook app from their phones if they had it. At the end of the study, 87% of the treatment group reported having succesfully avoided Facebook the whole week. Meanwhile, the 'control group' were told to continue using the site normally. The results showed that the treatment group reported significantly higher 'life satisfaction' and more positive emotions vs. the control group (p < 0.001 in both cases). These effects were relatively small, however, for instance the group difference in life satisfaction was 0.37 on a scale that ranged from 1-10. Tromholt concludes that

People’s emotional life improves significantly when they quit Facebook for 1 week... Millions of hours are spent on Facebook each day. We are surely better connected now than ever before, but is this new connectedness doing any good to our well-being? According to the present study, the answer is no...

This is a nice little study, but in my mind it doesn't prove all that much. The trial wasn't blinded - i.e. the participants of necessity knew which group they were in - and the outcome measures were all purely subjective, self-report questionnaires. Bearing in mind that those who volunteered for the study probably wanted to cut down on their Facebook use to some extent (otherwise why enroll?), it's not hard to imagine that the 'treatment' group expected to feel better upon quitting and, hence, did so (the placebo effect) or at least reported doing so (demand effect). It's also worth noting that one week is not very long: we really want to know the effects of quitting social media over months or years. However, I really like the idea of randomized controlled trials targeting internet behaviors. Perhaps we need a trial to determine whether reading this blog affects well-being?