Humans Sacrificed Brawn for Brains As We Evolved 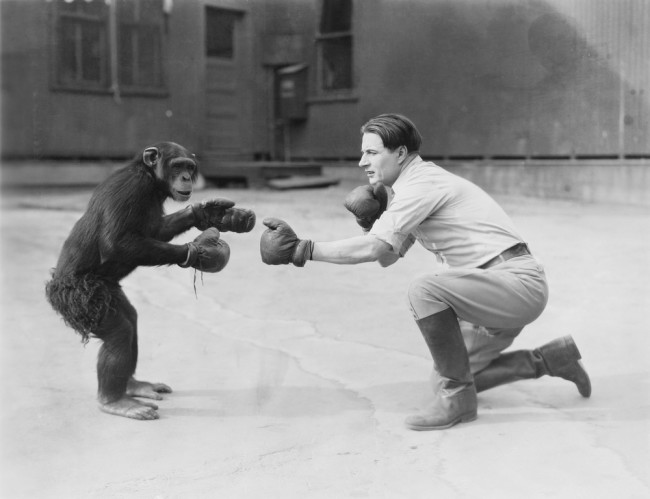 Amongst all the evolutionary changes since hominids split from apes, the one we associate most closely with our humanness is probably our brains. They've gotten larger and smarter as our cognition and society has gotten more complex. But new research shows that another aspect of our physiology has also had to rapidly adapt in the opposite direction: our musculature. By comparing concentrations of human metabolites — fundamental molecules like sugars, vitamins, amino acids and neurotransmitters — between monkeys, mice and humans, researchers could pinpoint two areas where humans rapidly diverged from primates: brain tissue and skeletal muscle. Their findings, published today in the journal PLOS One, suggest that through evolution we traded in our brawn for the benefit of brains.

Analyzing the metabolome — the unique signature of metabolites in tissues — can reveal insights into physiological evolution that go deeper than studying the genome. To locate where humans diverged from primates, researchers compared the metabolomes of postmortem tissues taken from 14 humans and a larger number of chimpanzees, rhesus macaques and mice. They discovered that humans’ prefrontal cortex, a part of the brain responsible for planning and cognition, evolved four times faster than that of chimpanzees since the two diverged — but that skeletal muscle changed a stunning seven times faster. It's been known for quite some time that primates are much stronger than humans, but the reason why has remained a mystery. Since past studies showed that the human gut shrank in favor of a larger brain, researchers hypothesized that our muscles were also paying a price for a growing brain.

Then, researcher pitted 42 humans (some athletes and some average folk) against five chimps and six macaques in a weightlifting test. Each species lifted weights with their legs and arms until they reached their maximum threshold. As expected, humans were far weaker than their primate cousins — on average primates could lift twice as much relative to their body weight as humans could. Researchers thus believe that skeletal muscle and brain matter are linked in a competition for resources, which has been dominated by the brain. The more energy our ancestors devoted to developing our brains, the less energy went to building up our muscle strength. Therefore, we may not be as strong as monkeys, but while they toil in the wild climes of Earth, humans have landed on the Moon and are setting their sights on Mars. Brains for the win!