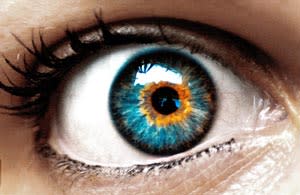 What’s the News: Humans are eerily good at sifting the visual wheat from the chaff—just think of our penchant for word searches, Easter egg hunts, and lushly animated first-person shooters. But how good are we really? To test the limits of these abilities, in a recent study neuroscientists gave subjects extremely difficult, high-speed Where’s Waldo-type search tasks studded with red herrings. But again and again, subjects found what they were looking for, leading the team to report that humans operate at a near-optimal level when it comes to visual searches—a skill that likely came in handy in our evolutionary history. How the Heck:

What’s the Context: The team is interested in whether humans, on the neural level, use a strategy called Bayesian inference

to figure out whether a target object is present. They incorporated information that wasn’t a reliable indicator of the target’s presence—color—into the tests to see how people dealt with it, a key factor in Bayesian inference. The Future Holds: The next step is to up the difficulty of the test and see at what level this preternatural ability to see the target fails. This will give scientists more clues about how visual perception operates on the neural level. Reference: Wei Ji Ma, Vidhya Navalpakkam, Jeffrey M Beck, Ronald van den Berg, Alexandre Pouget. Behavior and neural basis of near-optimal visual search. Nature Neuroscience, 2011; DOI: 10.1038/nn.2814