Human Brains Are Neither 'Male' Nor 'Female' 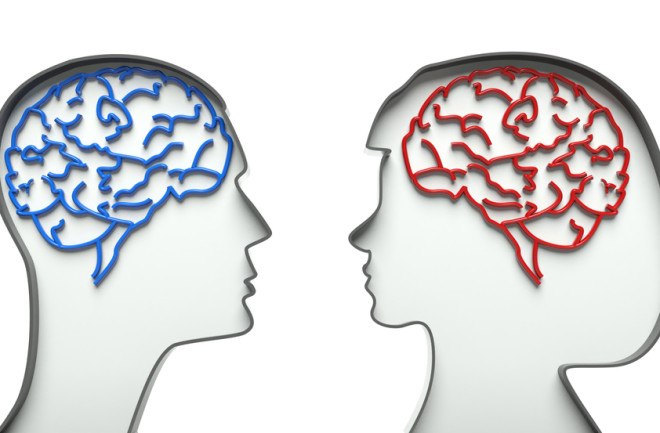 The physical differences between men and women are pretty simple to decipher from an anatomy book, but those categorical dividing lines disappear when it comes to the brain.

Going back nearly a century, scientists have attempted to determine whether the brain structures of men and women, like our reproductive organs, fell into separate and distinct categories based on sex. Gender-based differences in the brain, the thinking goes, could explain variations in behavior between men and women. But searching for distinctly male or female brain identifiers may be a fool’s errand: Researchers at Tel Aviv University, in a new study, demonstrated that our brains are actually an unpredictable mash-up of male and female characteristics.

The Same in the Brain

If our brains were truly sexually dimorphic, there would be consistent differences between the male and female brain, and scientists have conducted numerous studies designed to find them. A 2014 meta-analysis of more than 100 studies on sex differences in brain structures found, for example, that men’s brains are 8 to 13 percent larger than female brains, on average. Parts of the brains that control language, memory, emotion and behavior also varied in size between men an women, according to the meta-analysis. In a 2013 study, scientists concluded that men possessed bigger brains optimized for math and reasoning, while women’s brains were better connected and more suited to empathy and collaboration.  These characteristics were believed to stem from basic differences in brain design — your brain’s either male or female.

But after conducting a study of 1,400 men and women using four different datasets, researchers in the current study concluded that instead of having either one kind of brain or another, most people’s brains fall somewhere in the middle in terms of possessing male and female characteristics. According to the team, our brains are “mosaics” of features, some of which are more common in men, and others more common in women. For example, men typically have a larger amygdala, while women have greater cortical thickness. In their analysis, the team focused on the 10 areas of the brain that varied most between sexes, and categorized the variations as either male or female.

Researchers used magnetic resonance imaging (MRI) to search for differences in volume and the level of connectivity between regions of grey matter in the brains of 112 men and 169 women between the ages 18 to 79. When researchers looked at the 10 most dimorphic regions of the brain they had identified, they found that there was substantial variation between subjects no matter their gender, and that only 6 percent of the brains they analyzed were either “all-male” or “all-female.” In other words, they found little gender-based consistency in our brains, and that lack of internal consistency undermines previous conclusions drawn about a male-female spectrum of brains. Researchers published their findings Monday in the journal Proceedings of the National Academy of Sciences.

The team corroborated their findings using data from a behavioral analysis study of 5,000 university students that attempted to categorize participants based on gender-specific activities such as scrapbooking and playing video games. Just like the brain study, the behavioral study found that male and female subjects engaged in a range of activities not necessarily defined by gender.

Researchers argue in their paper that we should avoid classifying brains as whole, and we should instead look at specific regions of the brain when differentiating between males and females. For example, a woman could possess a large deep limbic system typically associated with females, but also have a large inferior-parietal lobe, which guides numerical brain function and tends to be more dominant in men. Rather than being a byproduct of design, researchers suggest that masculinization and feminization of the brain are two different processes that occur independently in different regions of the brain. Further, this process is affected not only by gender, but by environmental and genetic factors as well.

“Specifically, we should shift from thinking of brains as falling into two classes, one typical of males and the other typical of females, to appreciating the variability of the human brain mosaic,” researchers wrote.

More From Discover
Mind
Why We Are Fascinated With Serial Killers
Mind
Nostalgia and Thinking About the Future Can Be Good For You
Mind
How Your Brain’s “Fingerprints” Could Diagnose Disease
Mind
Can't Resist a Black Friday Deal? Here's Why
Mind
Relaxing ASMR Sounds are Harder to Re-Create Than You’d Think
Mind
What Is Dissociative Identity Disorder?
Recommendations From Our Store
My Science ShopDiscover STEM Kits
My Science ShopDiscover 2022 Calendar
My Science ShopStrange Science
My Science ShopElements Flashcards
Shop Now
Stay Curious
Join
Our List