How Your Brain Lies with Confirmation Bias 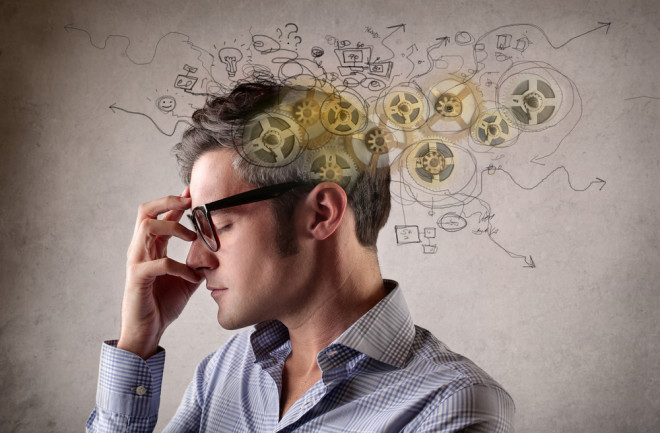 The power of our fleshy brain to control our perceptions is well established, but it’s still hard to really believe, sometimes. It’s tempting to think of ourselves as perfect observers, passively gathering data and information. But however real reality may seem, it’s just whatever our brains our feeding us. We all have various biases that, unknown to us, color how we see and interpret information.

Confirmation bias is a particularly prominent way humans get things wrong. Make a decision, or even just hold an opinion on something, and from then on your sneaky brain will make you think any new information will support your previous choice. Whether you’re considering whom to support in the next election or what schools to apply to, confirmation bias can subtly reinforce our already-formed opinions if we’re not careful.

In a Current Biology study out today, a team of psychologists and neuroscientists laid out just how powerful confirmation bias can be, and even shed light on how the process takes place in our brains.

Bias in the Brain

The authors wanted to test the lower limits of confirmation bias: Does it even extend to trivial, unimportant choices?

First, they had participants look at a screen showing lots of moving white dots, and then determine whether their overall movement was clockwise or counterclockwise. After having made a choice, they observed more movement and then had to indicate on the screen just how much the dots had moved, overall. And surprise surprise, choosing clockwise at first made it more likely the participant would report overall clockwise movement, and vice versa.

To see if confirmation bias also snuck in during actual cognitive tasks (as opposed to just watching things move), the authors turned to already published data involving people estimating the averages of two-digit numbers. The participants had to determine if that average was above or below 50, then they had to give a continuous estimate of the average of more numbers. Again, their initial choice colored their subsequent observations.

Matters of the Mind

Clearly, our brains try to trick us with confirmation bias no matter how unimportant the decisions. But the paper’s other major finding speaks to just how that trickery works. Before, it wasn’t clear if making a decision means the brain will downplay all new information, confident it had already made a good choice, or if instead it actually filtered incoming data to emphasize supportive info and minimize contrary evidence.

By analyzing the data, and seeing just how much attention people paid to the dots and number values moving “in agreement” with them, the authors concluded it was the latter case. “Our current work [uncovers] a selective mechanism of confirmation bias: preferentially sampling the evidence that confirms one’s prior belief,” they write. “This effect indicates a more refined mechanism than the non-selective reduction in overall sensitivity due to an overt choice.”

In addition to revealing more about how the brain works, these findings also point a way for future studies to investigate in even greater detail how we evaluate choices and gather data. Plus, it’s one more reminder that we can’t just take what our brains tell us for granted.

More From Discover
Mind
What Foods Can Give You Nightmares?
Mind
Nostalgia and Thinking About the Future Can Be Good For You
Health
Could COVID-19 Be Changing Who We Are?
Health
Decorate For the Holidays Early and it Might Improve Your Mood
Mind
Can't Resist a Black Friday Deal? Here's Why
Mind
What Is Dissociative Identity Disorder?
Recommendations From Our Store
My Science ShopDiscover STEM Kits
My Science ShopDiscover 2022 Calendar
My Science ShopStrange Science
My Science ShopElements Flashcards
Shop Now
Stay Curious
Join
Our List