Years later, our memories of the pandemic may be somewhat distorted because of the way our brains process emotions and events. 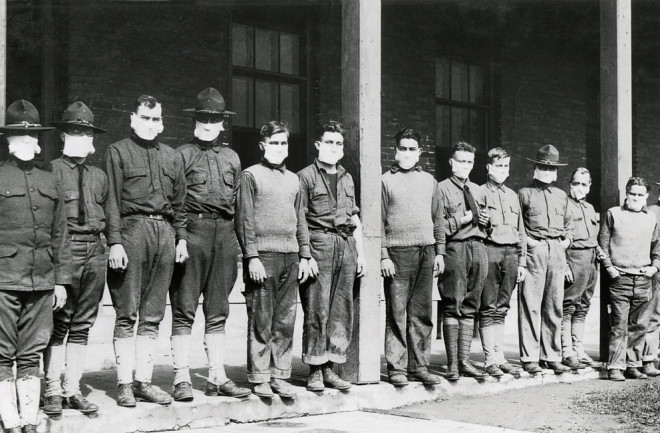 The coronavirus pandemic has completely rewritten the rules of our world, exacting a physical and emotional toll each day. For the tens of thousands who have lost loved ones, as well as health workers on the front lines fighting the disease, the psychological fallout will likely be devastating.

For those working and living from home, it’s caused the days to ooze together into a shapeless blob. Some struggle with loneliness, while others might worry about their health and finances. And the moments that shine a spotlight on our current reality, like scrolling through headlines at 2 a.m. or roving through grocery stores among fellow mask-clad customers, can feel like they’re burned into our brains.

Consequently, there’s a nagging sense that we’re in the midst of a once-in-a-lifetime historical event. Years from now, we’ll share stories with friends, teach about COVID-19 in schools and tell our kids about life in 2020. But how will we really remember this unprecedented event in our lifetimes?

Science suggests that memories with a strong emotional component are more likely to stick in our minds, and are easier to recall afterward. “It’s the brain’s way of time-stamping something significant,” says Steve Ramirez, a neuroscientist at Boston University. “This is probably the first pandemic that most of us have gone through, so it’s very new, salient [and] different.” Because of that, he continues, our brains are already encoding memories of the experience as abnormal.

And a variety of other factors — from memory’s malleability to our personal biases — will shape how we remember, and misremember, the pandemic in the decades to come.

Our tendency to remember emotionally charged events, whether good or bad, might stem from the way humans evolved. Ramirez says our ancestors were prone to remember experiences that helped them pass on their genes — or, alternatively, helped them avoid getting gobbled up by a predator. “If it’s something that almost ate you, you want to remember that so you don’t go back into that scenario again,” he adds. On the other end of the spectrum, we remember things that are rewarding so we can mimic or replicate the behavior that led to them.

In short, we remember things that are bad or traumatic to keep from repeating those experiences. “That way, if something like that ever happens again, we’re more equipped to process it or handle it,” says Ramirez. “Emotional memories stick because there’s an aspect of survivability or meaning that we extract from them.”

And while emotion can act as a volume knob on a memory’s strength, it might also amplify how memories of prolonged experiences can blend together. According to a 2016 Nature study, distinct memories close together in time tend to recruit similar, overlapping brain cells to encode them — whereas memories that are separated by a longer temporal gulf involve separate sets of cells. And infusing those memories with emotion can intensify the extent to which the brain uses that shared neural ensemble. “This is speculation, but I think our brains are going to hyperchunk [the pandemic] into one big episode,” says Ramirez. “Intuitively, that’s the way it’s felt to me so far.”

The consequences of these emotionally charged remembrances could lead to real-world reactions, too. “It’s going to take a while before we’re comfortable in crowded settings again,” says Ramirez. “Or even something as simple as a hug or a handshake with someone that you’re meeting.”

But despite those negative associations we may carry with us, there are still ways to turn down the emotional volume on a memory, so to speak. Every time we recall something, says Ramirez, it makes that memory susceptible to modification — almost like pressing “Save As” on a Microsoft Word document. “There are ways of mentally walking down that memory lane to reframe that memory in a way that isn’t stressful or makes us feel like we have control over it,” says Ramirez. “Or through certain kinds of therapy, as well. It’s a really powerful tool that we have.”

‘That’s Not How It Happened’

It’s easy to think of memory as an ironclad recording of the past, like a multisensory hard drive that can instantly replay experiences exactly as they happened. Yet researchers have long studied the ways that we’re liable to distort our recollections. For example, psychologists from Yale University and economists from the University of Zurich found that people tend to recall being more generous in the past than they really were — a behavior the authors call “motivated misremembering” — as a way to preserve their self-image.

And despite the emotional weight of memories associated with scary or traumatic events, they’re just as susceptible to these types of distortions. “We tend to believe that because we remember the emotion so well, the memory itself will be seared on our brains,” says Deryn Strange, a psychologist at the John Jay College of Criminal Justice. “We say things like, ‘I’ll never forget his face,’ if somebody was attacked or the victim of a crime. Those comments have no basis in fact, [even if] it can feel like we’ll never forget them.”

Every time we create active memories of the pandemic by reading news articles or talking about it with friends, says Strange, we learn something that might supplant what we already know. “That just becomes part of our memory of the overall event,” she adds. “Some of it could change [the] details; some of it could be brand-new information that’s wrong.” Over time, all that we have to remember the event are those collective details — and we often don’t remember where each nugget of information came from. “That [can] allow us to remember things that didn’t happen,” says Strange.

Because the pandemic is an ongoing, long-term event, Strange continues, that creates even more chances for distortions to seep into our memories. “This is going to be a formative experience in people’s lives, which means it’s going to be talked about on a regular basis,” she says. “And the more you talk about it, the more opportunity you have to create new details.”

Those faulty details might be as simple as dramatizing something while telling a story, says Strange, like exaggerating the number of sirens you’ve heard lately. Sometimes those errors might be a consequence of taking on other people’s details. “If you’re in New York and you‘re talking with friends who live closer to a hospital, they might be telling you about the trailers parked outside for the overflow from morgues,” says Strange. “And two weeks later, you’re telling people that you’ve seen that. Because you imagined it so vividly in your mind.”

These distortions can serve other purposes, too, like confirming someone’s perception of the world around them. Strange points to the mounting mortality rates from COVID-19. “If the death toll gets much, much higher, [someone might] remember it in a way that serves their biases,” she says. These errors, continues Strange, can be much more motivated by an individual’s political or social leanings than other types of memory distortions.

But Strange says the fact that our memories are so susceptible to errors is a feature, not a bug, of the way our brains work. If we were to never make mistakes, the capacity of our memory system would become overloaded. “It would take too much effort for every part of every memory to be coded separately and stored separately,” she says. “That it works the way it does is what allows us to learn so much new information on an ongoing basis.”

And Ramirez says there’s a silver lining to memory’s malleability: We can harness it to restructure negative or traumatic memories of the pandemic, and perhaps lessen their emotional impact. “They’re definitely the kind of memories that are here to stay,” he says. “It’s just a matter of trying to view [them] in a different manner.”

How Viruses Could Cure Cancer and Save Lives

How Worried Should You Be About Coronavirus Variants? A Virologist Explains His Concerns

More From Discover
Mind
Why Do Some People Love Watching Animals Fight?
Mind
Could Mitochondria Be the Key to a Healthy Brain?
Mind
This Is Your Brain on Enlightenment
Technology
Are Flip Phones Really Better for You?
Mind
Psychologists Explain Why You Can't Remember the Movie You Just Watched
Mind
Do You Have an Inner Voice? Science Can’t Agree If Everyone Does
Recommendations From Our Store
My Science ShopCosmos: Possible Worlds
My Science ShopStrange Science
My Science ShopEinstein's Universe
My Science ShopElements Flashcards
Shop Now
Stay Curious
Join
Our List