How to Navigate a World Reopening During the COVID-19 Pandemic

As we try to reengage with a changed world, a slew of fresh obstacles will force us to adapt our old habits and create new ones. 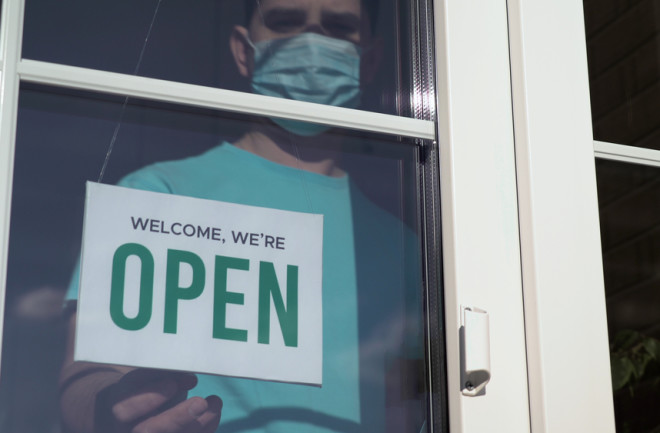 As states lift shelter-in-place orders by varying degrees, an uncomfortable new reality is setting in: The shutdowns, it turns out, were the easy part. Stores, parks and day care centers may be opening back up, but that doesn’t mean we’re returning to any semblance of normalcy.

Instead, we’re reentering a changed landscape with its own set of novel stressors — ones that may force us to revamp our old routines or chuck them altogether. “The whole narrative of bouncing back will backfire,” says futurist and Demos Helsinki founder Roope Mokka. “It’s a fantasy.”

As crazy-making as staying put can feel, there’s a certain security in it. You know that if you comply with restrictive mandates, you’re unlikely to get sick. But with more and more states softening quarantine rules, people will have to set their own safety and comfort thresholds as they reengage with the world — a fraught process that will require weighing physical health hazards against mental health needs, social pressures and career goals.

Do you risk boarding a plane to visit your extended family for Thanksgiving? What if your boss asks you to mingle with large groups of people, sending your health anxiety into overdrive? “A lockdown is very simple,” Mokka says. Transitioning back into public spaces, on the other hand, “is going to be extremely difficult.”

Variations in how other people behave in different spaces will complicate things even more. “People are more likely to comply [with] interventions and personal protection measures on a macro level,” says Yale School of Medicine health psychologist Valeria Martinez-Kaigi. That might mean you’ll see a lot of masks in the aisles of Costco, but fewer at home-based gatherings. In the first scenario, community-level social pressures breed compliance, while in the second, people let down their guard, free from the perceived threat of sanctions. Anyone who enters these kinds of spaces — especially those at highest risk — will have to adapt their behavior accordingly.

Given the pandemic’s stop-and-start nature, our first ventures back into communal spaces will also feel like shaky victories. It’s hard to celebrate opening-up milestones — first patio restaurant meal, first trip to the library — when you know surging case numbers could still wipe out all the gains. Making long-term plans that involve others will feel like a pipe dream for months to come.

As all of these ambiguities pile up, mundane annoyances that dropped away during shelter-in-place will return with a vengeance: commutes, kid drop-offs, surprise cubicle pop-arounds from the boss. The millions of people who lost their jobs in March and April will also be thrust into full-fledged job-search mode.

This new parade of stressors may make it tough to give up quarantine habits like day drinking. But one mitigating factor, in Mokka’s view, is that people now have a major opening to push back against old, nonessential routines. If you used to commute to work daily but can prove to your boss that you’re just as productive at home, you may have a lot more room to negotiate than you did pre-pandemic. If you’ve lost a punishing six-figure job, you can pause to reevaluate the way forward. “It’s a hugely emancipating thing: ‘OK, I don’t actually need that,’” Mokka says.

The quarantine has underscored just how much we can get by without, and just how radically we can change our habits overnight. As reopening proceeds, these shared realizations could start to shift societal choices as well as individual ones. “For a lot of people,” Martinez-Kaigi says, “physical distancing has actually cultivated happiness and a sense of community that has the potential to have lasting effects.” Mokka thinks this communal mindset could lead people to prioritize collective goals in the midst of the recovery, such as mitigating climate change. “There’s this narrative that our system will have to go exactly as it has. But civilizations can make a U-turn if they want.”