How to Make Attack of the Clones Not Suck 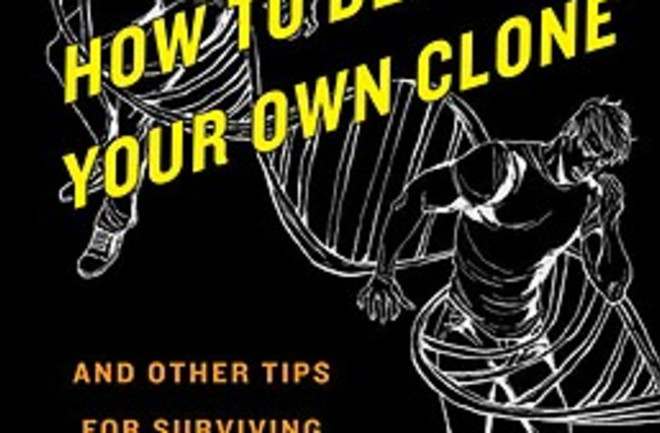 If you’re anything like me, then you probably uttered an audible groan of disdain upon first laying eyes on the title of this book. In a literary landscape already awash in guides on surviving the coming zombie/robot/(insert your own term) apocalypse, the last thing I wanted to read was yet another piece of cloying, pseudo-scientific babble. I felt compelled to give it a chance, however, after flipping to the authors’ page and realizing, to my great relief, that I was dealing with actual scientists. Scientists with a wry sense of humor and penchant for science fiction, as I soon found out. Having listened to (or slept through) my fair share of biology lectures during college, I was curious to see how they would approach such a complex topic--and, more importantly, how helpful their "tips" would turn out to be. I'm happy to report that not only have they written one of the most entertaining, succinct guides to biotechnology and cloning, they have also provided an exhaustive guide on how to best your clone—surely a pressing question for anyone reading this blog.Kurpinski and Johnson do a bang-up job of explaining the nitty-gritty of complex concepts like RNA transcription, epigenetics, and genetic variation in terms that are both easy to follow (without being insultingly simple), and a hoot to read--something I can’t say for the vast majority of textbooks that I’ve suffered through. It doesn’t hurt that they generously pepper their descriptions with clever analogies and examples from sci-fi favorites to help drive home the point. Even if you’re not too keen on the underlying science, the authors have plenty more on tap, including chapters debunking the most common misconceptions about cloning and biotech (and there are plenty) and outlining the merits of "bioenhancements" (think buffing up your physique or attaining extended life). As befits the general tongue-in-cheek tone of the book, these chapters are equal parts hard science and nerdy conjecture, trading laughs in some instances for hard looks at the moral implications of genetic engineering in others. Indeed, while the authors are generally bullish about the prospects for biotechnology to ameliorate our lives, they urge caution when it comes to taking genetic “tinkering” to its limits. The book loses a little bit of steam, somewhat unfortunately (given the title), when it offers advice on how to actually defeat your clone. It's not that it fails to make good on its promise; it actually does so to a fault. Where the other chapters consistently felt snappy and engrossing, this one sometimes felt a little more formulaic, even forced. While it is chock full of helpful suggestions on how to recognize and beat virtually every type of clone you might face, it can start to read like a long list of science-tinged “Fight Club”-esque tips. They could have easily eliminated half of the chapter without losing any of its potency. How to Defeat is essentially a book about the myths, promises, and potential pitfalls of biotechnology (particularly the threat posed by a cantankerous clone), it also happens to be a solid, and solidly geektastic, primer on genetics, molecular, and synthetic biology. If you ever wanted to learn more about cloning and biotechnology without having to crack open a textbook or highbrow journal, you won’t find a more compact and enjoyable read.