How to Make a Transparent Mouse with a Few Simple Ingredients 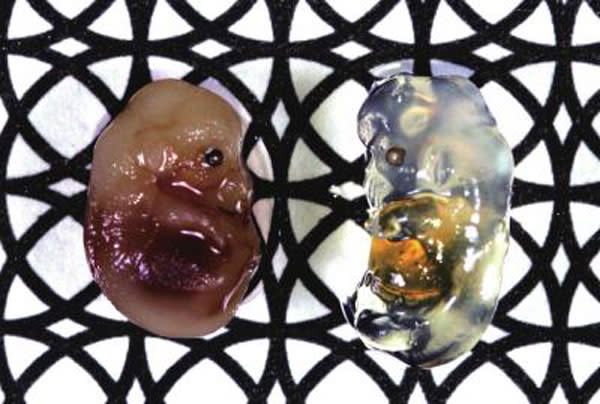 What's the News: The trouble with brains, organs, and tissues in general, from a biologist's perspective, is that they scatter light like nobody's business. Shine a light into there to start snapping pictures of cells with your microscope, and bam, all those proteins and macromolecules bounce it around and turn everything to static before you've gotten more than a millimeter below the surface. Scientists at RIKEN

in Japan, however, have just published a special recipe

for a substance that makes tissue as transparent as Jell-O, making unprecedentedly deep imaging possible. How the Heck: 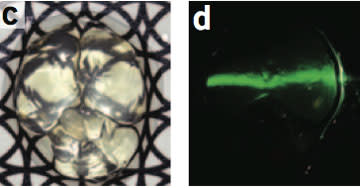 A mouse brain soaked in Scale looks like tiny glob of jello. Turn off the lights and shine a laser through it, and the light shoots right through.

The Future Holds: Though this time the team used it to study the brain, Scale can be used in any tissue. The downside is that, like other clearing agents and treatments, Scale only works with dead tissue, so don't expect to see barrel-fish

-like mice wandering around in labs just yet. But the team is working on a milder version that they hope could be used in living creatures in the future. Reference: Hama, et al. Scale: a chemical approach for fluorescence imaging and reconstruction of transparent mouse brain. Nature Neuroscience (30 August 2011). doi:10.1038/nn.2928