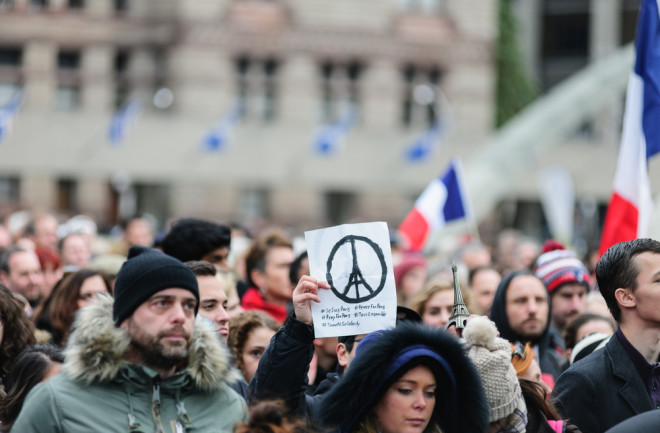 A growing body of research examines the psychological aftermath of terrorist attacks, such as the coordinated attacks in Paris on Nov. 13. (Credit: Stacey Newman / Shutterstock.com) On November 13 2015, a series of coordinated attacks in Paris left 130 people dead. A week later, armed gunmen stormed a hotel in Mali, seizing hostages while also firing indiscriminately at guests, killing 27 people. And this week a mass shooting in San Bernardino, California, left 14 dead. While the motive is not known, the FBI has assigned counterterrorism agents to the case, sparking public speculation that the shooting may have been an act of terrorism. You could spend hours every day watching, reading and listening to news related to these events. This level of exposure can significantly influence your worldviews and how you live your life. The aftermath of events like these can make people feel more vulnerable. And as cities go on alert because of the threat of future attacks, fear can color our daily routines and world views. With my colleague S Justin Sinclair at Harvard Medical School, I have been studying the complexity of terrorism fears, and how fear can affect and motivate people. It is probably not a surprise that a terror attack can have a major impact on people’s mental health. But what sort of effects are common, and how long do they last? To answer that question, we can turn to a growing body of research examining the psychological aftermath of terror attacks.

In 1995 and 1996, France experienced a wave of bombings that killed 12 and injured more than 200. A 2004 retrospective study examined post-traumatic stress disorder rates in the victims and found that 31% experienced post-traumatic stress disorder. Symptoms of post-traumatic stress disorder (or PTSD) can include flashbacks, nightmares, or intrusive thoughts about the event. People may also avoid situations that remind them of the trauma, or have intense feeling of anxiety they didn’t have before. Research has also found an increase in psychiatric symptoms among people living in a city when it is attacked. For instance, a survey of Madrid residents one to three months after the attacks on a commuter rail line in 2004 found an increase in post-traumatic stress disorder and depression. Further research suggests that this increase is temporary. In a 2005 study of London residents conducted a few weeks after the 7/7 attacks, 31% of respondents reported a significant elevation in stress levels and 32% reported an intention to travel less. A follow-up study conducted seven months later found that the elevated stress levels were significantly reduced. But, the study also noted that a residual level of worry remained. Many people reported relatively high levels of perceived threat to self and others, and a more negative world view. We would expect to see an increase in psychiatric disorders among people who were directly affected, or who lived in the city at the time of the attack. But this can also happen in people who weren’t living in a city when it was attacked. A survey conducted soon after the September 11 attacks found that 17% of the US population living outside of New York City reported symptoms related to post-traumatic stress disorder. Six months later, that dropped to 5.6%

The percentage of people reporting symptoms related to PTSD temporarily spiked following the Sept. 11 attacks. (Credit: Larry Bruce / Shutterstock.com) A 2005 review of psychological research about the effect of September 11 highlighted the uptick in psychiatric symptoms and disorders immediately after the attacks and the relatively quick normalization in the following 6-12 months. However, people living closer to the area attacked, and thus more directly exposed, were more vulnerable to developing post-traumatic stress disorder, than people living further away. Why do symptoms of post-traumatic stress disorder increase in people who weren’t directly exposed? The explanation might be the intense media coverage of terror attacks. In the aftermath of September 11, a US study of more than 2,000 adults found that more time spent watching television coverage of the attacks was associated with elevated rates of post-traumatic stress disorder. In essence, a media-related contagion effect is created where people live and relive the attacks when they watch or read stories about them. This overexposure may, as argued by some, produce a subjective response of fear and helplessness about the threat of future attacks in a minority of adults.

Fear is a natural response to events like the attacks in Paris or Mali. While everyone feels and reacts to fear differently, it can push people to make different decisions about employment, whom to socialize with, using public transportation such as buses and trains, congregating in public and crowded places, and traveling on airplanes. If you look at these changes across an entire population, you can see how fears of terrorism can have significant consequences on both the national and global economy. Tourism and shopping may be particularly vulnerable. For example, airlines suffered major economic losses after 9/11 and were forced to lay off large numbers of employees. While stock markets in New York, Madrid and London dropped after the attacks, they rebounded relatively quickly. Similarly, after the recent attack in Paris, there was reportedly a limited impact on the nation’s stock market.

Terrorists use fear as a psychological weapon, and it can have serious psychological implications for individuals and whole countries. An underlying sense of fear can linger for years after an attack. In prolonged conflicts with multiple attacks, such as the Troubles in Northern Ireland or the Israeli-Palestinian Conflict, chronic fear and anxiety have arguably resulted in a high levels of segregation and suspiciousness. This underlying fear may also affect political engagement and trust in government policymaking. People generally tend to place larger degrees of trust in their government’s ability to keep them safe from future violence following large-scale terrorist attacks. For example, prior to the September 11 attacks, the public’s trust in the US government was in decline, but the attacks primed people’s fears, and trust in the US government to protect and keep the public safe from future attacks rose to a level not seen in decades.

Terrorism can inspire fear, but it can also strengthen resilience. (Credit: fmua / Shutterstock.com) However, increased trust in the government may also come without fear. In countries where there already are high levels of trust in the government, fear has been found to play a less important role. A study examining the association between fear and trust in Norway right before, right after, and 10 months after the 2011 terror attack found that high levels of existing trust may actually buffer against the negative effects of terrorism fears, while still creating a rallying effect around governmental policies. The threat of terrorism does not, of course, have the same effect on everyone. Most people arguably respond to threats of future terrorism in a rational and constructive manner. For instance, very compelling research suggests that anger may actually function as a protective factor. In the context of feeling angry, people tend to have a larger sense of being in control, a preference for confrontation, and feeling optimistic; whereas with fear comes a greater sense of not feeling in control and pessimism. The paradox of the fear that terrorism inspires, is that while it can negatively affect people and societies, it can also serve to strengthen resilience.