How Should Science Deal with Online Comments?

COPE, an organization who issue widely-adopted best practice guidelines in science and scholarly publishing, recently issued a new set of advice for journal editors on responding to allegations of errors or misconduct posted online. 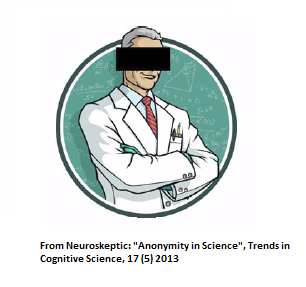 This is a hot topic at the moment, largely due to the rise of PubPeer, a (mostly) anonymous message board in which any scientist can comment on any published scientific paper. PubPeer has been responsible for the discovery of countless cases of fraud, data manipulation, and honest errors. Many journals have retracted papers on the basis of complaints first raised on the site. But a lot of scientists (and some journal editors) are unhappy about being criticized by people whose identities and qualifications are unknown. COPE's new guidelines, however, make it clear that anonymous online comments should be treated and evaluated in the same way as named ones. COPE say that the real question is whether the allegations "contain specific and detailed evidence to support the claim" of wrongdoing. If such evidence is provided, COPE say, anonymity is not a problem and indeed, "it is important not to try to “out” people who wish to be anonymous". I agree. As I've argued previously, critical arguments should be judged on their own merits. If I claim there is a flaw in a calculation, or that I've found evidence that an image has been doctored, my claim can be checked by looking at said calculation or image: who I am is not relevant. There's only one part of the COPE guidance that I would have done differently. This is where they say that "It is important to take the discussion away from the public domain; don’t engage in specific discussions on social media." I can see why this was included. There must be an "innocent until proven guilty" presumption when it comes to scientific misconduct. So scientists whose work is criticized have a right to confidentiality, at least until their guilt is proven. Journals should not discuss their handling of a case in public. It would be inappropriate for a journal to say 'we are considering retracting this paper', for instance. But I would say that in most cases "the discussion", as opposed to the decision making by journals or other organizations, should take place in "the public domain". If serious allegations have been made on (say) PubPeer, PubPeer is the place to discuss them. So I would have worded the "public domain" statement differently. I'd have said that journal editors should not breach confidentiality on social media, but that this should not be construed to mean that allegations posted on social media should be taken "behind closed doors" and only then debated seriously. Link: Three years ago I discussed How to Respond to Criticism more generally.