An alternative treatment for mood disorders like depression and anxiety uses one of the only legal psychedelics in the U.S. Researchers still grapple with how exactly it heals the mind. 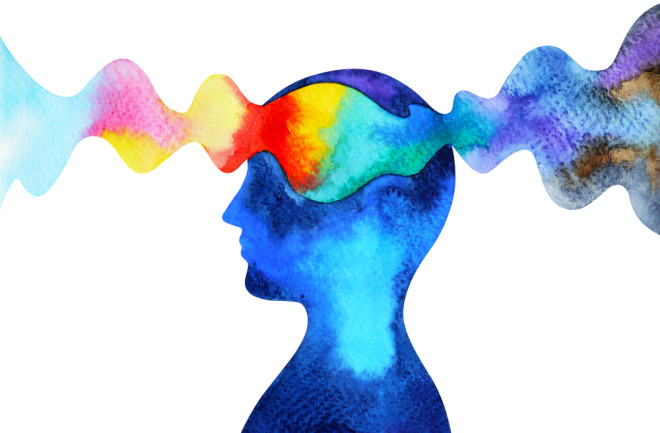 Inside the Big Sky Ketamine Care clinic in Missoula, Montana, a woman relaxes in a leather recliner as soothing classical music pipes through the speakers. She watches nature scenes flicker across a TV screen as a low dose of ketamine drips into her arm for 40 minutes. A nurse monitors vitals and sits beside the woman as her mind drifts — and hopefully heals.

The Montana business is just one example of the recent boom in ketamine treatment, which uses a sedative also known as an animal tranquilizer or a club drug nicknamed “Special K.”

This alternative therapy option for treating mood disorders has grown in popularity as patients and medical providers look to fast-acting options for the 264 million people worldwide who suffer from depression.

It’s the only legal psychedelic currently available in the U.S., though psilocybin was recently legalized for therapy in Oregon. Providers and many researchers say ketamine can alleviate anxiety or depression symptoms, including suicidality, in a matter of hours; commonly prescribed oral antidepressants, like Zoloft or Prozac, on the other hand, often take weeks before they kick-in.

Still, along with its promise in psychiatric treatment, ketamine faces cultural distrust and lingering questions, especially surrounding its main side effect: feeling high, or a dissociated sense that you are separate from your mind, body and surroundings. Scientists still don’t know the exact pathways by which ketamine alleviates mood disorders, but recent research about how ketamine works in the brain — as well as how best to use it in clinical settings — may help overcome some of the distrust.

Ketamine was first synthesized as an anesthetic in the 1950s and originally used to sedate wounded soldiers. About 20 years ago, researchers discovered that a low dose of ketamine (about one-tenth the amount used for anesthesia) worked as a fast-acting antidepressant. In 2019, the FDA approved the medication Spravato for treatment-resistant depression. The nasal spray contains esketamine, one of the two mirror-image molecules in ketamine. Now, a flurry of research is investigating how sub-anesthetic ketamine works on the brain.

For the past 60 years, medical professionals’ main theory about the chemical source of depression has been a lack of serotonin in the brain — a messenger neurotransmitter or hormone that impacts everything from emotions to motor skills. The most common oral antidepressants are selective serotonin reuptake inhibitors (SSRIs), which block the reabsorption of serotonin into neurons. It takes several weeks for serotonin levels to plateau once patients start taking daily pills like Zoloft or Prozac. Plus, only one-third of patients successfully overcome depression after trying an oral antidepressant, and about half of people find success after trying two brands of antidepressants, according to a comprehensive 2008 study on major depressive order in the Cleveland Clinic Journal of Medicine.

Ketamine, on the other hand, works on glutamate, the most common chemical messenger that regulates much of the nervous system and also plays an important role in the brain’s response to experiences. Neuroimaging studies have shown that ketamine increases glutamate release in the prefrontal cortex, a surge that is likely associated with its rapid antidepressant effects as well as its dissociative side effects. But scientists still don’t know exactly what initiates the glutamate release, or whether it’s even the main driver behind the relief of depression and anxiety.

“We believe that this rapid burst of glutamate activates downstream receptors, which can trigger new synapses to grow,” says Lace M. Riggs, a neuroscience Ph.D. candidate at the University of Maryland School of Medicine who co-authored a recent review of ketamine’s use as an antidepressant. “While we’ve made a lot of progress to understand this process, it probably only scratches the surface of ketamine’s full mechanism of action as an antidepressant.”

Ketamine, like oral antidepressants, also promotes neuroplasticity, which is the brain's ability to create new connections and pathways.

“We assumed that antidepressants were just inherently slow in developing neuroplasticity,” says Eero Castrén at the University of Helsinki’s Neuroscience Center in Finland. “So when ketamine came out and acted really quickly, we were all shocked.”

The big question may not necessarily be why ketamine acts so quickly, says Castrén, but rather why traditional antidepressants act so slowly. “We don’t expect aspirin to take three weeks to get rid of a headache. An hour should suffice for most drugs to take effect.”

New research by Castrén and his colleagues explain part of the delay: They found that both ketamine and three types of commonly prescribed oral antidepressants bind directly to a receptor for the brain derived neurotrophic factor (BDNF), a protein that encourages growth and differentiation of new nerve cells. Ketamine, however, binds to the BDNF receptors within minutes instead of days, which may be why patients experience relief immediately.

As for increasing the brain’s plasticity, Castrén says, this is not in and of itself a good thing, but rather a neutral process. If someone experiences stressful situations during a period of increased neuroplasticity, it could translate into negative emotions.

Since ketamine increases neuroplasticity and can temporarily induce an altered state of consciousness, some practitioners believe that it’s critical to administer the medicine in a safe, supportive setting. Julane Andries, a psychotherapist in San Anselmo, Calif., says that breakthroughs come more quickly when ketamine is paired with therapy.

“It helps to have a therapist process the experience with you and integrate any insights from ketamine treatment into your daily life,” Andries says. “That’s how people can make lasting changes in how they react to depression triggers in the future.”

Andries has helped train over 400 practitioners around the world in ketamine-assisted psychotherapy (KAP). The KAP model includes calming practices for patients during treatment, like wearing an eye mask, focusing on breathing and listening to specific music.

Andries also co-authored a 2019 article in the Journal of Psychoactive Drugs that analyzed the self-reported depression and anxiety scores of 235 patients who received ketamine (via an injection or an oral lozenge) paired with therapy. Participant average scores for both depression and anxiety decreased significantly. Those with the most severe symptoms, including suicidality, showed the greatest improvement post-KAP treatment. Additionally, the older the age of the participant, the greater the improvement in their depression score.

In comparison, a a study of 22 patients who received a series of oral ketamine treatments with no accompanying therapy found only modest gains in mental health: 30 percent reported some benefit while nearly 70 percent said they felt no benefit or felt worse.

Ketamine clinics like the one in Montana are popping up nationwide, touting off-label ketamine as a treatment for everything from depression to nicotine addiction. Most clinics administer ketamine as an intravenous drip, and begin with six treatments over two weeks. Because it’s not approved specifically for psychiatric disorders (like Spravato is), off-label ketamine is not covered by insurance and can cost anywhere from $300–$800 per visit. And since it’s a treatment, not a cure, most people need booster doses every few weeks or months, perhaps indefinitely.

Some physicians are worried that providers at these ketamine clinics are not required to go through any training or certification to administer the drug.

“Ketamine is a valuable, life-saving treatment that’s very much needed in the field. But it has the potential to be misused, which makes the treatment vulnerable,” says Sandhya Prashad, a psychiatrist based in Houston who is also president and co-founder of the American Society of Ketamine Physicians, Psychotherapists and Practitioners.

Prashad says that some clinics don’t screen patients appropriately for contra-indications, such as heart conditions or active use of addictive substances. Others vary the dosages from the recommended standards, which can exacerbate ketamine’s short-term side effects: dissociation, nausea, agitation and temporarily elevated blood pressure and heart rate.

At present, the jury is still out regarding long-term effects of ketamine on the body and brain.

“Even though ketamine has been around for 50 years, we don’t know that repeat dosing is safe,” Prashad says. She points out that one reason the FDA hasn’t approved off-label ketamine as a treatment for depression is because of a lack of long-term, formal data that proves it’s safe. But since ketamine is already widely available, there’s less incentive for pharmaceutical companies to fund testing that provides that data.

Scientists are trying to design new rapid-acting antidepressant drugs that act like ketamine without its stigma, potential of abuse or dissociative side effects. Riggs, for instance, works in a lab focused on investigating whether the metabolites of ketamine could be a safer, therapeutic alternative — and perhaps, someday, taken as a pill at home instead of in a clinical setting.

But our incomplete understanding of how ketamine works in the brain has made it especially challenging to find or design drugs that mimic its antidepressant actions. “Many drugs that are structurally or pharmacologically similar to ketamine do not exhibit its amazing antidepressant effects,” Riggs says.

For now, there are often as many questions as answers when it comes to how and when to use ketamine to treat mood disorders. But one thing seems certain: ketamine is here to stay as a tool for relieving depression.

More From Discover
Health
Can Cannabinoids Unlock a Better Understanding of Our Bodies and Brains?
Health
Cocaine E-Cigarette Could Help People Struggling with Addiction
Health
What Decriminalizing All Drugs Means for Oregon
Health
Classic Psychedelics Aren’t Addictive
Health
The Dangers of 'Spice' and Other Synthetic Cannabinoids
Health
Kratom: What Does Science Say About the Controversial Botanical?
Recommendations From Our Store
My Science ShopDiscover STEM Kits
My Science ShopDiscover 2022 Calendar
My Science ShopStrange Science
My Science ShopElements Flashcards
Shop Now
Stay Curious
Join
Our List