How Alcohol Affects the 'No-Go' Receptors in Your Brain 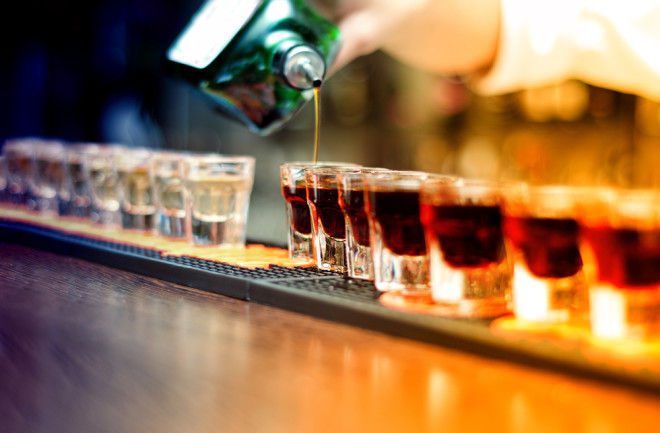 (Credit: bogdanhoda/Shutterstock) Drinking alcohol doesn't only lower our inhibitions on the dance floor, it also directly affects the structures in our brains that inhibit our desire to drink. Specifically, alcohol influences the dopamine receptors that convince us to start drinking and tell us when its time to stop. The more often we drink, the greater the effect, proving something that even casual drinkers are well aware of: nothing gets you in the mood for another beer like having a beer. Alcohol prompts the release of dopamine in our brains, the "feel-good" chemical that is responsible for eliciting sensations of pleasure. But dopamine has a darker side: Drugs that flood our brain with the chemical can make our brain dependent on that outsize reward, leading to addiction. And it's more than just the amount of dopamine that leads to addiction. In a pair of studies in mice, researchers from Texas A&M University show that specific receptors in the brain may adapt when exposed to high levels of dopamine, reshaping itself to more readily react to the chemical.

There are two classes of dopamine-friendly receptors, D1 receptors, or "go" receptors, send signals onward, and D2, or "no-go" receptors, inhibit signals. When there's a balance of the two receptors, it helps keep the impulse to have another drink in check. But, when repeatedly exposed to powerful stimulants, like alcohol or cocaine, D2 receptors tend to be deactivated. The first study, which was published last year, showed that mice that were exposed to alcohol had larger and more mature D1 receptors, making it easier for them to grab the rush of dopamine that drinking produces. The more they drank, the more they wanted to drink. In the second study, published in Biological Psychiatry in May, the researchers show that alcohol makes the "no-go" receptors weaker as well, making for a two-pronged attack on our better judgement.

To test the effects of weakening D2 receptors in the brain, the researchers first conditioned mice to resemble alcoholics by putting them through a cycle of binging and recovery. They then looked to see how the D2 receptors in their brain functioned. Not surprisingly, they saw that D2 receptors showed signs of decreased activity, indicating that the mice felt a greater compulsion to drink alcohol. They then manipulated the two receptors, and watched to see how the mice reacted. Strengthening the activity of the D2 receptors caused the mice to drink less, while strengthening the D1 receptors caused them to drink more, and vice versa. With small tweaks to their nervous system, the researchers could regulate addictive behaviors in mice, offering promise for similar solutions in humans, although such therapies are likely still years away. The competing roles D1 and D2 receptors play in driving addictive behaviors has been studied for years now, and dates back to the work of Nora Volkow, who is largely credited with discovering how they mediate our responses to pleasurable stimuli. A link between drug use and decreased D2 activity has been found in multiple studies, and dopamine-driven compulsive eating behaviors have also been tied to imbalances between the two receptors as well. The researchers say that their work provides additional insight into the underlying mechanics of addiction, and reveals why its so hard to quit. Not only are you being pushed forward by sensations of pleasure, but the brakes have also been removed.