Evolutionary psychologist Satoshi Kanazawa has never been far from controversy. When he’s not having his blog cancelled for saying black women are unattractive, he’s arguing that some nations just aren’t smart enough to be monogamous. 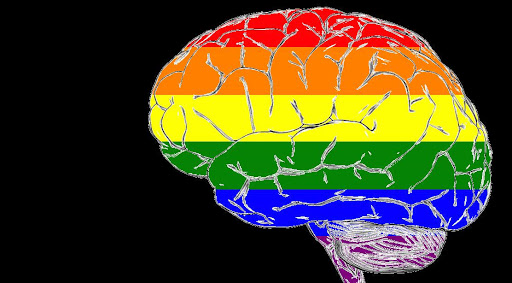 Given which, his latest work, saying that gay people are smarter on average, is probably his most politically correct paper in years, strange as that may sound.

Now I’m not sure what to make of this. He controlled for confounds such as race, religion and political orientation (and those correlations are interesting in themselves), but you can never measure and correct for everything in a study like this.meangays1 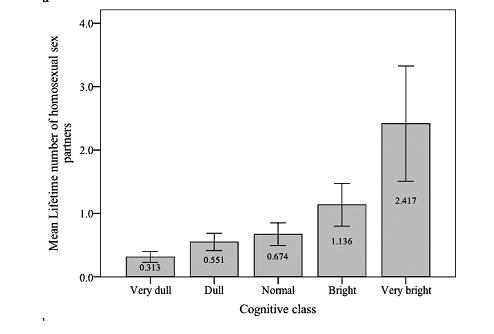 Kanazawa interprets all this in terms of the Savanna hypothesis, essentially the idea that intelligence allows us to transcend our evolutionary programming (according to which we ought to all be straight, amongst many other things) –

Evolutionarily novel entities that more intelligent individuals are better able to comprehend and deal with may include ideas and lifestyles that form the basis of their preferences and values; it would be dif?cult for individuals to prefer or value something that they cannot truly comprehend…

However, it could be that in America and the UK today, smarter people tend to end up in the kind of social circles where being gay is (for whatever reason) more acceptable.

My main problem with this is that the effects are very small. For example, in the AddHealth study, IQ in childhood was correlated with later adult sexual identity with a coefficent of 0.013… but the association of homosexuality with political attitude (liberalism) of 0.613, 60 times as high. (Edit: But these are unstandardized regression coefficients, so they cannot be directly compared. The coefficients represent the change in homosexuality per ‘point’ change in the other variable, but IQ varies more than political orientation, because political attitudes were measured on a 5 point scale in AddHealth but IQ has a mean of 100 points. Multiplying by the SD of the variables in question, which is one way to correct for this, gives a coefficient for IQ of 0.202 and for political attitude is 0.468, so intelligence is not as far behind politics as as I thought. Thanks to a reader for pointing that out and apologies for the error.)

The Savanna hypothesis is all very well, but does it predict such small effects? Isn’t there a point where very weak evidence in favor of a theory actually becomes evidence against it…?